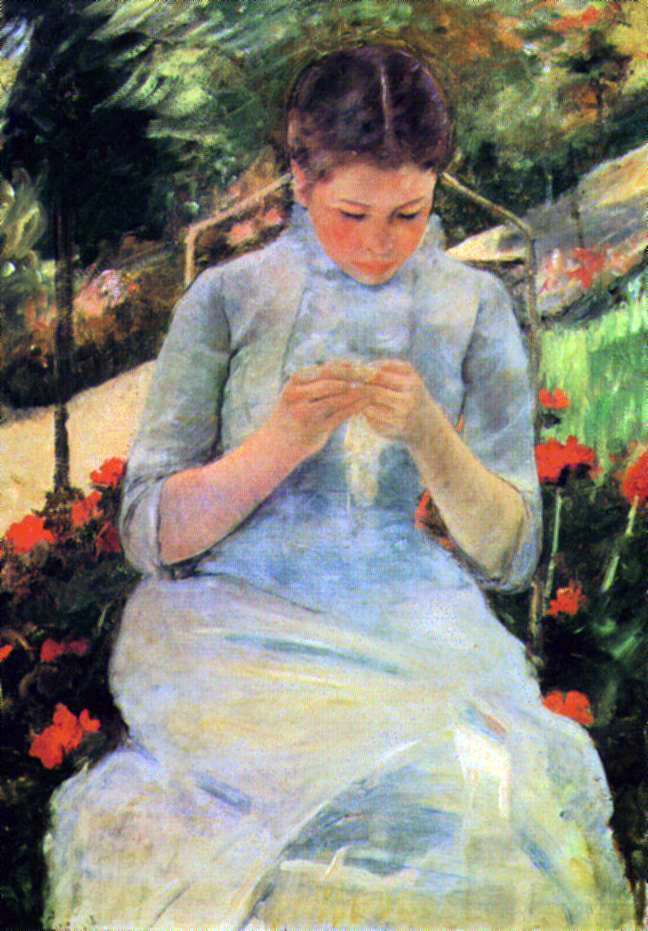 An old woman from Dade County
tried to sew The End of the sea
with The Start of the shore --She gathered
th'biggest needles that you'd ever heard
of, and began to sew The Two
together... But th'waters withdrew,
the sands ran;

and a rather wise pelican
watching the Old Woman cried:
"Your punctuation is too wide--!
Sea sifts through
the most firmly set glue
of our schemes:

Only the shifting ( seams
knit in Nature's Mind)
hold Tomorrow to All behind,"
perching upon Th'Hush
of centuries without end
his needling but an amen
over the unheeding slosh
of Fate, until World was awash
in her faithless mend--

Then the Old Woman rented a row boat
& moved to a not-quite remote
island, where She lives even now
trying to milk a sea-cow 11

^{11} What she tries to do is set a certainty. Life has made me the dullest of dull creatures, so that implausibility does not plague me --Even my most far-fetched conceit is almost inevitably rooted in some reasonable purpose or intention, design, aim. "Imagination proposes but artistic aim disposes." My soul is fresh upon this ancient world and I won't pretend it's otherwise. I will marvel & wonder & stand in awe, and share with everyone else all the passion (for life and ideas) as if for the first time ever-- I do suspect that the casual reader will find it hard to come to terms with a great deal of my poetry because I 'like as not' to juggle mythopoesis with baroque detachment. I try to write splendidly (actually) about themes as universal as I can manage to hook on to.

This is a dream I had: Art began as a dream. The original work of art was a dream someone had at the opening of human history. This poem is the retelling of one such a dream (this one mine). The physical incidents are related as they occurred, only some interpretative details were later added on to the narrative: What this woman represents at the onset is not of any importance --Only what she is up to matters at first (which is not the number of impossible actions she unsuccessfully undertakes, but the fact that she is undertaking impossible actions to begin with). We say we are somebody by making a statement of what we stand for (what we represent). This woman is a sort of Hope too: It is a wise pelican that can make a logical STATEMENT (but he is only watching... I suspect he rather envies the old woman, for he really 'lays into her'). Whether any dream [as art-work] has artistic meaning in & exclusive of itself is an old aesthetic controversy (for your reading convenience I have given you, the reader, the work and then the meaning I attach to it, separately --if you take note of the connection, fine & all; and if you choose to believe the connection somewhat artificial I could no more disprove your notions' merits than could a mere pelican's cries mean anything of substance to the woman in our tale).

[line 11] Of course, the first alternative to "the seas" that comes to mind (when one dwells upon this point) is "Meaning:" "Meaning sifts through the most firmly set glue of our plans." But then, I wanted to give the sentence the added sense that it applies more universally than merely to our mortal understand-ing (we do so much which no one even cares to understand). I used "the Seas" as an apt (even if commonplace) metaphor for "all things" (in the sense of "the seas unbounded"): The commonplace always had the place of honor in all my works --this is a poetry for and from the most common of men in every sense of the word.

The distinction between art and craft is that while craft is all it must be, art is a try at what it ought to be; otherwise we're really talking about the same thing, after all.

A blood-red cape draped casually over some mute object in rich lazy elegance haunts my memory. I don't know why (probably from an old movie).