PREVIOUS NEXT FIRST THRENODE, the saddest Song I ever heard...
XVI 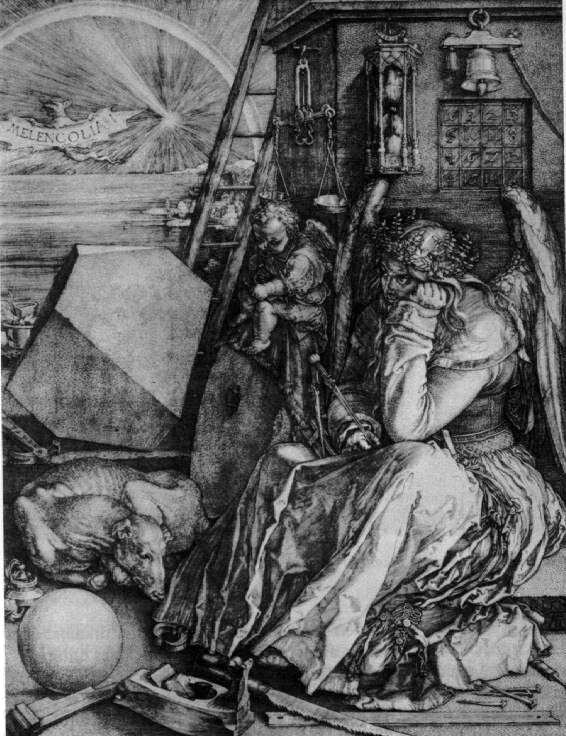 The saddest Song I ever heard
within The Heart it stayed
--A second only, but what Shade
and O what Requiem it stirred

Also, I think
there was One or Another word
of crucial Pity or keenest Regret
over The Movements heard

but I always prefer
to forget

^{19} "heart" as "the well-kept secret;" "the innermost place," where it is no longer necessary to pretend. "Essential essence;" "the true nature;" "the subconscious;" "soul" and "wreathe" suggestive of an all-encompassing nature; "all-inclusive." The use of "absurd" is best understood if we consider not just the definition but its synonyms as well. The final stanza treads over the thin ice of 'the serious suddenly descending to the ridiculous.' This is the point of the poem; which in the final analysis says that it is 'all that has gone before' treading over the thin ice of seriousness (itself) above the dark waters (The "greater" depths of the fundamentally ridiculous), that spread out deeper and finally wider than the veneer above --And, why? Because all our fine sentiments are for the moment only; all our "fine" words merely prattle ("movements heard").

The poem never presumes to escape the subjective; and justifies itself through its metaphors. Threnody. It does not take into consideration the dead body at all: One could say it is a scene out of the mind of a casual mourner. [lines 9 - 13] The last gleam of the evening.

To make Shakespeare palatable to ants you must pour honey over it. But eventually you realize that ants will go for any ole excrement as long as it has honey spread over it. So why not honey for the ants, and Shakespeare for the rest of us! This way we avoid a lot of misunderstandings. [To make Shakespeare attractive to the blind and deaf angels one must cut it up into the neat little shapes of cute, cuddly tiny horses & elephants & other toys & beasties.]

I think the reason a poet (especially) must expend a measure of his most erstwhile creativity upon smaller works is in order that the reader may get to know him (through these works), and then it will be easier for that reader to explore (approach) the poet's more ambitious projects. Readers should come to those more ambitious projects with that sense of enthusiasm which maybe only familiarity (partiality) accords.

There are two kinds of poetry. The first is meant to be read out loud; the other exclusively --or, mostly-- to be considered a written poetry. My poetry is almost wholly of the second kind: In fact, a great deal of it becomes unintelligible if heard rather than read. All you need to do is look for my page. The merits of a poetry which is primarily a performing experience has always been foreign to me and usually I tend to come across this type of poetry in a printed form (so it always strikes me as weak and lacking). Therefore, I suspect that those who approach poetry mostly on a verbal level will find it a lot more difficult to fully appreciate my own verse. A lot of run-on sentences and sentence-fragments (which the visual representation on a page will infinitely illuminate and clarify) will almost seem to verge on an absurd and intentionally perverse meaninglessness when merely heard being recited out loud by some-other person.@