PREVIOUS NEXT FIRST ODE ON APPROVAL, We assert...
CLXIV

"Let us maintain before we have proved:
This seeming paradox is the secret
of happiness."
--Dr. Newman, Tract 85 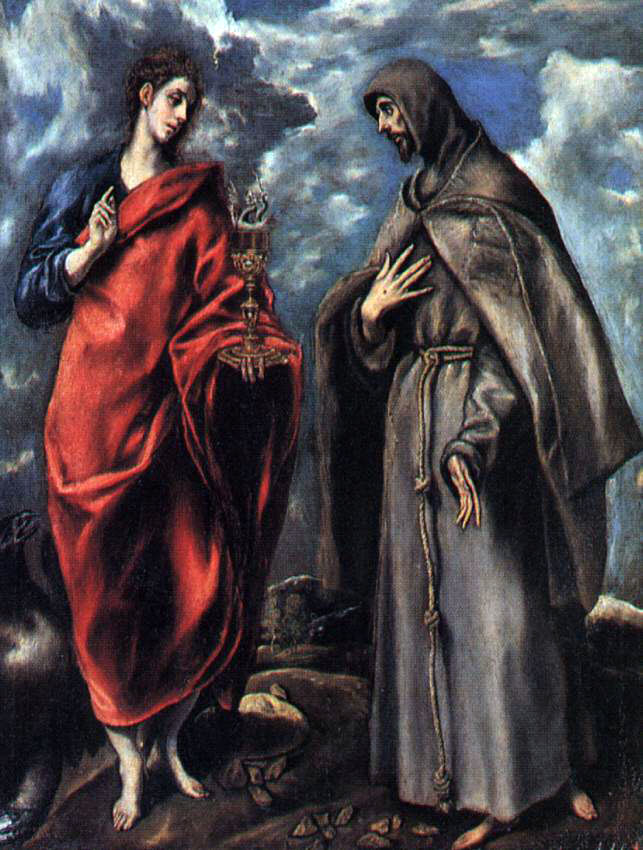 We, engines where we stood
and stand, we itches all-bewitched,

we glimmers (of) the gothic, we
great, shrunken creatures of unmentionable Good,

we the chiding palms of Enough
describing the lake of Nothingness,

we architects of smiles like palaces,
with our quilted nerves, slogans

too sloppy, convulsing in th'slush:
down to the nth decimal point
of Justice, of Life, of Reality

Death, Life & th'thing between them

... Steps not detectable (Love/Hate)
because we build cement walkways which don't
betray the footprints of our Steps

--But the soul 62doesn't leave footprints!
I don't even think it has feet! of its own
& must borrow Th'Steps of The Self--Or,

maybe She needs none: for Th'Soul walks
not to her own choice but's dragged
along like a dog by the neck

festering its potted Depths
in passing Liberty (this) We

assert, inappropriately: We measure out
our lives (to see if there's enough room for
them)
... O silly Trick!
--Let go the clenched Switch,

Dusk's ghastly glories, First Light's sleeping
ghosts, vultures too sure [I will now tell you

how to become the latest] millionaire
in th'world: The trick is

not so much to discover The Cure
for some popular disease

God against The Anguish

sighs full of soot
as its cure at hundredfold the price

before some giant pharmaceutical
brings out its own brand of flavored water
to undercut you) & that's how [it's
always done]--Don't you love it...
how, Mockery's Gorgons, reporters will charge that
'The Left has exploited the way that th'workers

are being exploited by The Right--'
Don't you love... behind every silver lining

too meretricious urns (Man, in full
& glorious possession of Life)

... how the bureaucracy can
sum itself up in its own ads: "Can you read this?

If not: write The Anti-Illiteracy Council"
"Deaf? Then listen to this..."

... that lawyers are the proof there is no
God, for Human Law acknowledges NO GOD
either to blame or excuse

--Don't you just love: No world
that has actually used nuclear war

love it? racing in our Good Intentions'
capricious vehicles to silly collisions of cream

how Man, like any other electric current
(and not your settled for-the-long-run)
always takes The Path of least resistance
& when we've finished measuring out

our lives: there's hardly any time left over
(at all) to surmount, chained

(the garbage) We
assert God bless these honored Dead
(for: better them than us [sic]

instead of the ole proverbial wooden stake)
"His particular style of murdering is back-breaking,

in the contagion of comradeship, attending
Th'Ofttimes, discovering some discarded bit

of luck, under a rotted rainbow, too human
yet with the look of instruments: firing up

the engines of Against, but sparks of dim wit
scratching off The Miraculous:

yet Th'Devil owns nothing but perfect souls,
my man: You cannot sell your soul piecemeal

to the devil... Don't you love it? Mirth
at its murder O, ye smitten with Abundance &

always: galore, or THIS is where th'ladies
now go... & you can tell from the way the carpet
has been trod down to a most neat trail,

and THAT is where th'gentlemen walk as you can see
from the cigar buts & the mud stains,

(what a mess!) flying so high, true,
baring Altruism's claws--Don't you love

it: THIS is where we die, and
THAT's where we're born

--As you can tell from the many mothers
there, the numberless corpses here

O, rising from the residuals: we gave it
our BEST SHOT and our last dime also,

we the seemingly always lost in the confines
of our own minds ... What can get us out of

all this continuous EFFORT? moving
Th'Wind back & forth, the more we do:

the more remains yet to be done, always,
& th'more we know the more we find's unknown!

... our thoughts like candles our ploughshares
dredging the cosmic Darkness & inner Doom

fattening the ultimate maggots of Defeat,
drifting upon some sewage, this sacred flotsam

merely, only, at the least: WE
assert The World

to amount to MUCH (by themselves ...
apart from all other men)

--Nevertheless: I think we are
THAT (We Think We Are).

Pooh-Pooh!
Let us think WE ARE

no further thought
than this: we ASSERT--

^{62} By 'soul' I mean that part of the human being that has evolved above the animals --but unlike 'intellect' (and/or 'mind'), does not owe the culture its temper: 'Flesh' is both his biological ties with the other animals and with his fellow men. 'Self' then the fusion of all of these.@

^{63} 'Progress' is that cultural evolution of Western Civilization which is dragging the rest of the human species along (and, to them, as if painfully away from their own).@

^{64} from the tokamak device used in fusion research.@

^{65} Basil Rathbone in 'The Pearl of Death' (obviously, a blue-collar murderer).@