PREVIOUS NEXT FIRST ODE ON MYSELF, A Remains of Ruins...
CLXVI 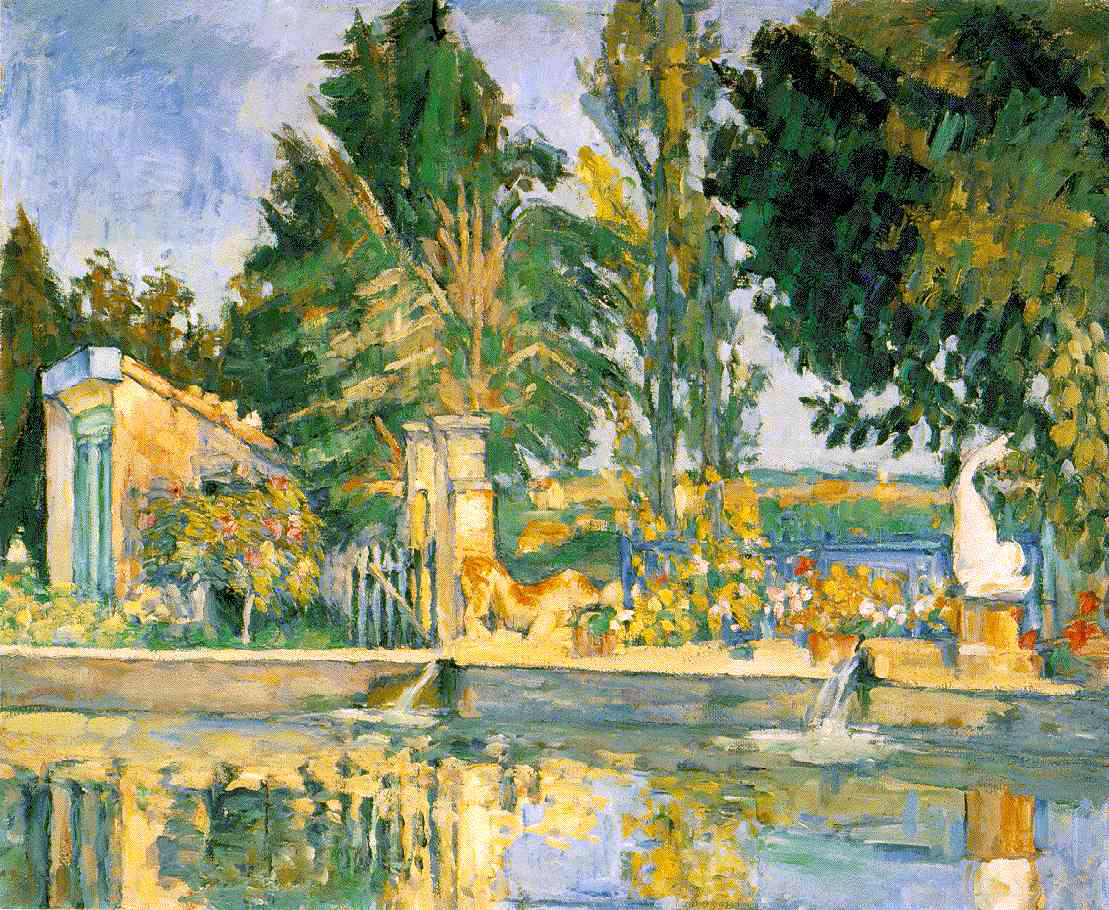 A Remains of Ruins
asking of the Wind, "What is Justice?"

into some hyacinth pool of Always
tawdry & distorted
a slight bit of insanity: surrounded
by a number of reasons;

this one time will I tell you:
I am not a brick-maker nor a bricklayer
but a juggler of bricks! molded [sic]

buried in the fragrant treasures
of th'violet Snows (all I-dont-knows,

sizzler? slosher? but smiles of
the Dance's dicey Death benefits...

maybe the mother/lilac where Warmth suffocates
those sibyls of human sadness (th'chitchat
Cosmos at its burly Bliss, tears

like a tribe of bees --Universal!
raping the glories of the flowerless groves)

Candor its archives &
Sin! its associate weaving that tapestry
Th'Keepsake, a hundred nothings,

salmons crashing through the mirror,
past the enamelled tongue: O Sigh, so
pudgy & poisoning in its postponing

eternity poisoned to a point

turned up a fall through the snow
(Winter laundering th'leaves),
Fall's arrogant bones, the

--Scapegoat? or satyr? or

the one-legged monster that got hopping mad
& stompt Manhattan? the sucker? or

soaker? an elephant trying to pick up
the most infinitesimal grain of Time
unremembered, O so certain

on my way to but a God (because
it is a greater leap from rock to DNA
than from a Man to God, because

Einstein was wrong: Time IS absolute
... it is human understanding that's relative:
The closer you get to the spit of Sight,
the slower the molecules manage Mendacity,

but that only means Th'Thing's freezing up
--not that it's entered another dimension),

the simple? the shadow?

... At least,
of this I'm certain: incapable of patriotism
since countries & nations come & go
(after all) but one's life is everything,

the sorry? the silly? the somber? the sober?

horror-stricken by the truckloads,
self-stalking: I walk (Will's wealthy won't,

in shock, silted up with sighs,
choked with those goldfinches
Wait & Want, or softly swinging
atop Hesitation's shedding pines...

Jacks through the jelly! ... let's all go
& make funny faces at the monkeys
instead of kicking about
WHY we ain't gett'n Anyplace (by way of our
legless wishes) there, for a nickel

I'll buy you smiles (from The Machine)
by the bags-full...

somebody
kicked the ball while I had my eye on't &
now I've got This (black eye): I cannot merely
look in any mirror to see (drenched
in hushes) if I recognize: THE

savage? the shabby? the solemn?
the sated? the serious? the Silence?

... the Scathing? the soggy, I STAND
over some nameless and distorted (except for
one true eye) shadow, starkly under th'Sun
... th'sage, saint & sphinx 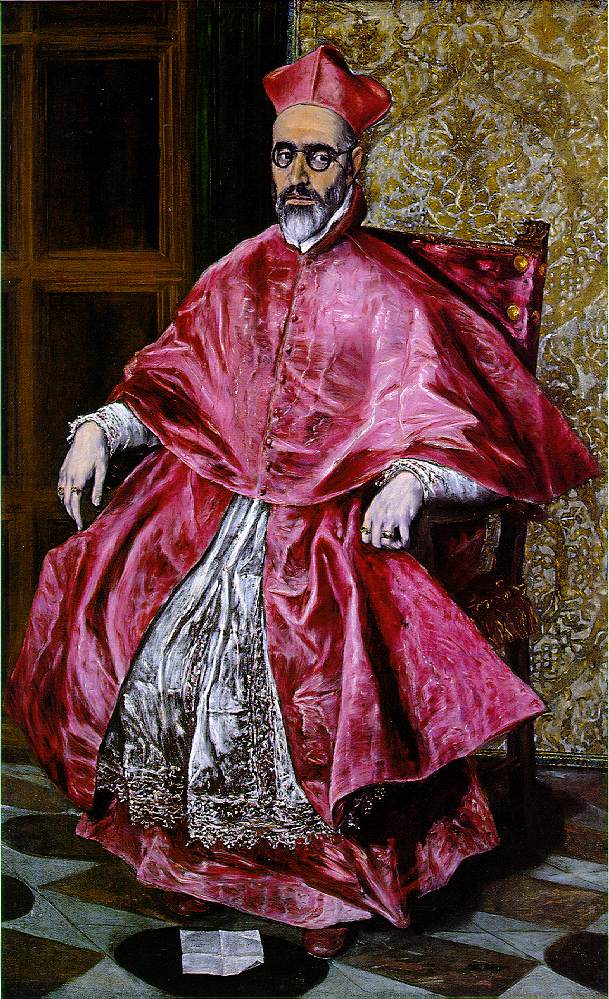 the slapdash, the saucy (the sacrifice?
sacrament? sample? and scarcely a Symbol? a
Sameness? a Splendor? a Spasm?

amongst the littered phrases of the
World now nerveless numb:

I AM unendable--Catastrophe!), always
eternally dissipating into some ever-

unattainable ... Dance of Plenty! sprawled
over th'tambourines of Th'Ages
like folded flashes & dialoguing
with God over a starving child:

O thou merciless
God, Why!? (Seeing this canst thou
still sit there & do naught?)

& since there is no God to speak of
answering myself: O thou merciless Man,
canst Thou still sit there, seeing
this, & do naught!?

dominions & dominions
& th'dawdles I STAND
for Nothing! but space of pools
within th'hushed forests
that pass themselves off as Night
pouring into The Empty Gesture

of an empty gesture I AM, tiny,
glimpsed in the blank, in the hush
AM (eye's grappling Speck)

in Th'Silence of Wings at the wide
& fully capable of drawing all of Infinity
within (their calm Perfection),

a remains of ruins
surrounded by The Night's silent hounds
Once & Once! ... finally (that fly),

a Garden full of cries in the Wind,

"Justice is but Revenge perpetrated by
some third party," and goose

after goose, Once & Once,
the Light's footsteps made to flowers

... You want baloney? We've got
warehouses of baloney! 'Joe's New Jersey Baloney'
--Off The Ramp: Progress

the yet inevitable, sometimes
even desirable blooming (they're saying

all around me) as I do
the mosquito Obsession, Perfection's
nasty bit of hard work

(their Despair) Th'Lightning:
an entire literature in The Night of
Not-Knowing-What's marvels,

stroked by The Abrupt's deforming claws,

( The Sudden Rose )
knowing it's almost as great to be right
(as to be righteous--No, I can't explain it
to you, right now, because to do that
I'd have to teach you to think,
read & write, talk, walk & suck &

I'm in no mood to teach you to suck right now:

centuries on chairs of Ash
trying to visualize Fate's feline

Leontyne Price thinning into Infinity or
Caruso melting upon the phonograph,

the Clock's screeching Continuity,
the outlandish Human Touch! for any cause

the gods must have made their commitment
and I am going to follow thru, given
I am not comic author enough to change

the course of the cosmic tragedy: I stand
at the crucial time 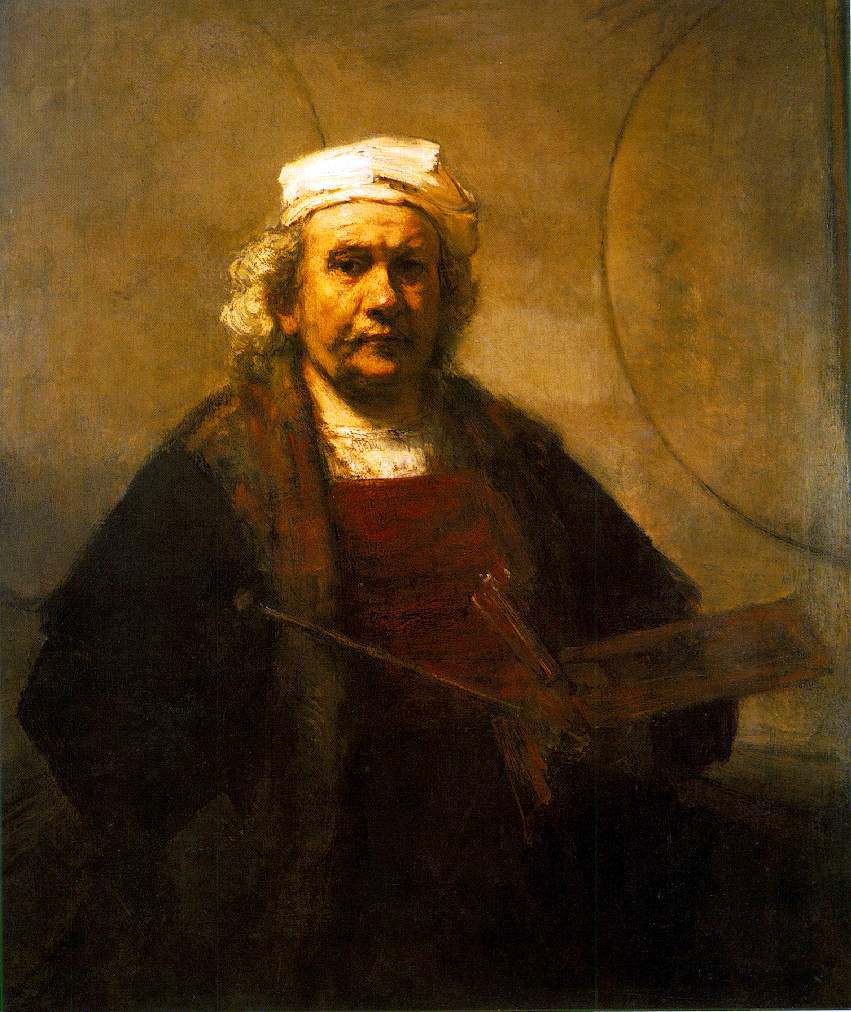 (knowing there's always a moment
when Someone can put an end
to th'course of events that drives
all tragedies ... to their sad ends)

but I cannot even count myself amongst
those who would assent

... I who should know better
(because I know so much of th'worst)

th'fence-swallows flying up Th'Feelings
their filaments which dragons Th'Gone [sic]
crying, "In such circumstances: What Salvation
for Man?" if, at last, a Dead End:

to what Purpose ALL
the whatever numberless generations of Man?

... what salvation but Love (not Nature's
jealousy, nor Man's cold-blooded debate
over costs, but)

some even as yet unsuspected Understanding

to rival The Infinite (with which we mortals
may conquer Time), shortchanged as we are,

cursed, amidst seasons of The Sacred
under The Arch (of the remaining)

Gulf fulfillments & crows-nests-peoples
trying to peer over the unimaginable horizon,

& yellow & black ... or bubbles
like the cathedrals of April

(with fondness) upon the turquoise Absolute,
that reckless tortoise, Evil

at its millstone, I AM
& there you'll find me 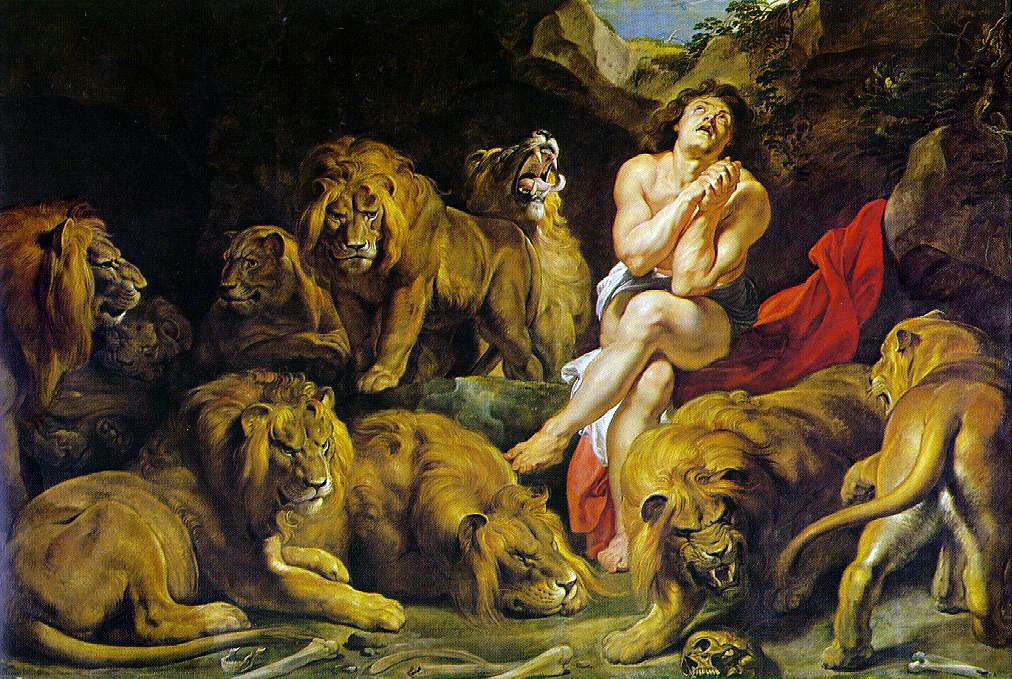 trying to cut the crust
with kindness! or else stumbling down

to the bottomlessness of the uncertain Whole,
so nimble in the rhythms of its mingling,

where (they're saying around me):
Are you dying? Are you already dead?
Do you have somebody who just isn't gonna make it?

Rapture according to The Quiet (glint
in The Terrible ... pillars as if spilt),

once the unbreakable & stalwart supports
of the divine ... now but

Time's twisted antiques: frozen & crumbling
reminders of how long ago the fires! or, tear-

fullest, self-collected (into
the) reservoirs of Dust that's Salvation,

so-called, I AM th'sandstone
in Autumn & yellow & black & blowing my mind
(with the meanings & meanings all) 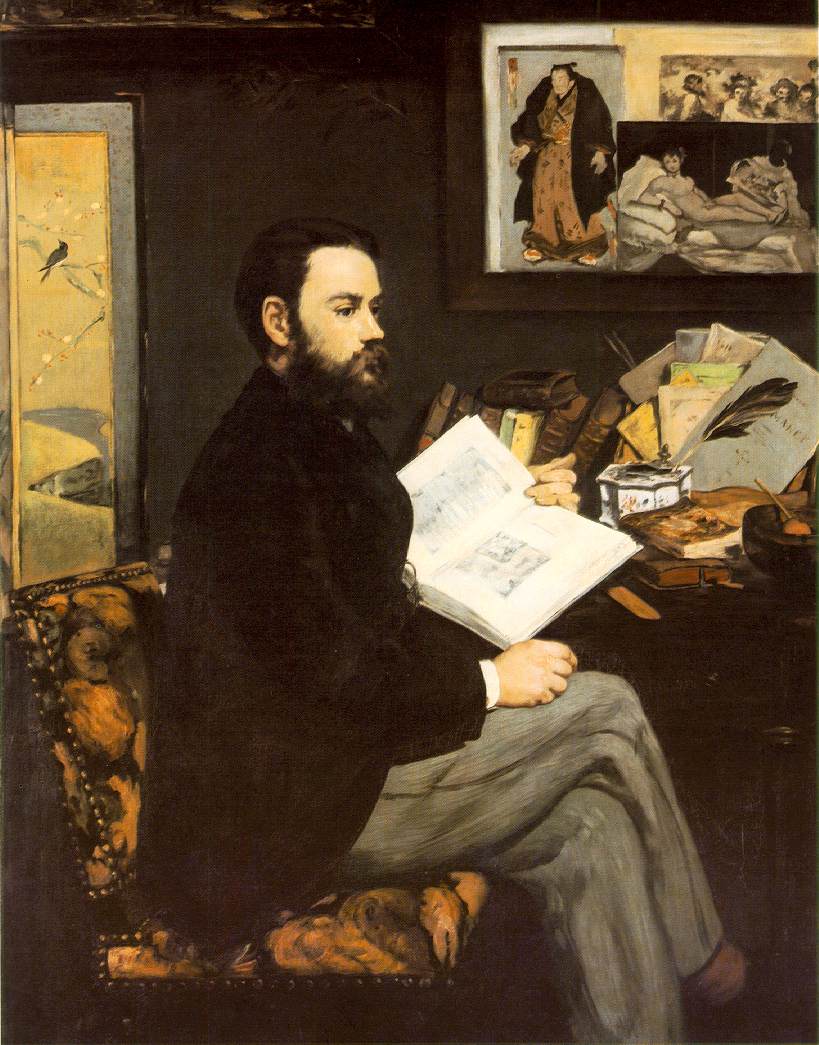 singular & unique upon
their distant reds, greens & AM I
really all those dingles
of th'drowning-off lightnings

down Th'Aisles of some dark inner sanctum,
once trying to burn the universe,
now holding myself an urn:

amidst th'quivering Quit
of man's contradicting inspirations
squeezing the lemons of the Sun: Your job is
to spread it about

--Of course: Oh ... it might
make your skin red and tender, and
after a while it might peel off a little,
but --The reason why

you must not trust people!

Beauty the betrayer? the sleeper? the
dreamer? speeding along the instantaneous O

illiterate in th'dull Pursuit
(of weasels at their shuffling) run
along with the inflexible snakes of Faith's
(makeshift forms) yet ever tending
Doubt's little cattle, feeding upon

twitch! ... sobered by the Mind's mortgaged
meanings, Conscience too much the shush, the

slush, shivering & shaking AM I
& what I AM: Am I that

I AM (I ask of me,
child of That I AM) plunged but

Perhaps (the most articulate) pool of Agony
swirling wordless in blues,
that old entanglement, or dissuadable

hurricanes of hues through my hair come up
out of the water fountains: tornadoes!

to my toes (the rewards of bloom?) AM I

the rubbles of my false being,
as if it had been Th'Fall)

recoiling into The Cool coming along
like some comet! upon the uneasy go 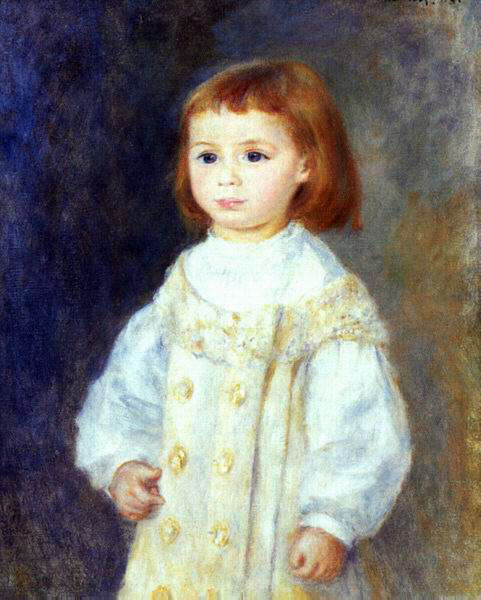 & the gossamer of my ungodly un-
merging (th'flushes of my learning

wings at their welling trying to wake up

--as if they had been finches!
suddenly taking off to go funning
upon the suppleness of their presumptuousness

(Attempt's scuttled turtles)
flooding the World's words upon the grass

Like some audacious being, all-
emblemed: I stand amidst art's bloodless laurels

between One's multitude
the darkness at its lizards all around me:

my fellow men (under Anxiety's straw blankets)
shivering, trying to turn up
a warming flame

& while all
th'birthdays of worlds/innumerable
worlds-without-end, & so beginningless,
toll their ALL down the wandering Ways

bestowed best! with the pledge of th'snows,
of the greens & reds, of the dull

putting out the brightness & reflecting
th'Light of All) 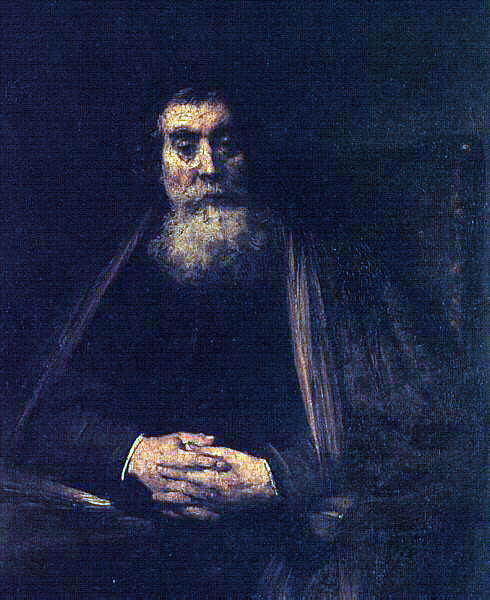 meanwhile
(in this Wondering worn the wistful,

prisoners of th'Foul, of Luck's lewd Always,
of wonders without weight,

--yet forging Fear's flaming names!
I walk) my telltale Talk

upon shoes almost like parachuting
and a scorcher at every last step! I AM

O, an isolated incident of knot? or
Fun's furry? AM I, a jar full of

sufferings? or dumbness pretending to be
the Owl? ... the ascending Vain? (descending)

Hymn of unmoved & unmovable
granite? or, Faithless? ... I who know
there is no God--for a fact--yet still believe
in Him...

Wrong?)... the un-picked up think-sparks
of the passing shower of tormenting Anguish

burning & smarting, sprinkled down upon
slain lawns of that Garden, overgrown

(with too much dawn? too much dusk?),
where I AM that I AM, like

washed in the sunshine's opiums & morals &

tunes though the Immediate... O
God, sifting their spreading

beauty & being across such a spool of

O so defenseless ... I have no defenders because
none can cite me to substantiate
their validity --If I exist
they don't: One's impossible sums of raindrops
which ever-so-slowly, as if unwilling,

sifting & sifting down to Th'Bottomless-
ness collected to a Soul

(through centuries: a dark pool
down at the meaningless alive
with syncopations), down to a lagoon of

Laughters, down to a gulf of Griefs
the loving gush of my longings
I stand (down there)
hobbled idly, bent backwards

slightly, Soul but some slanting,

some winking flash! of Light (reflecting
over the broadwalk of my Plush:

absorbed into shyness but monstrous (because
so presumptuous! & glinting

beckoning) Enigma!
for a mounting... 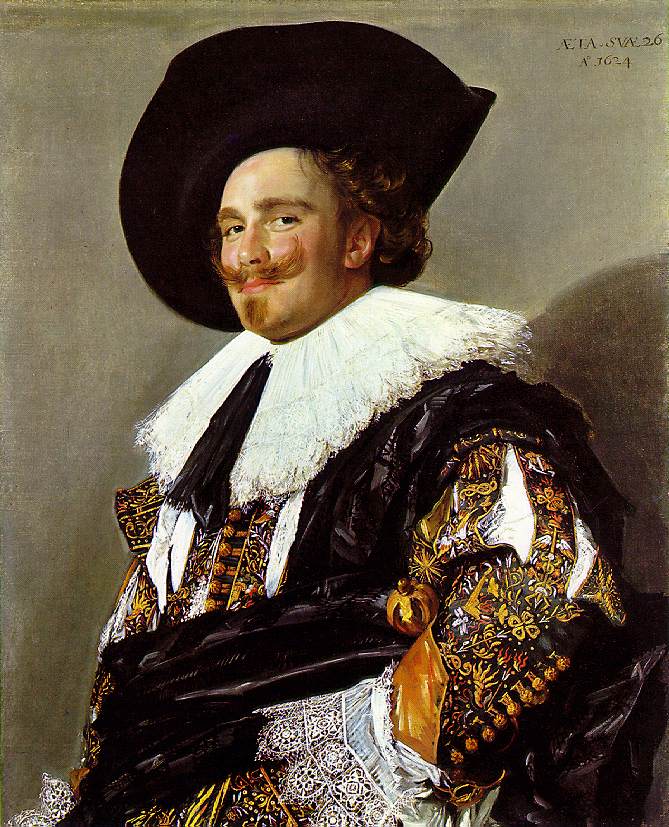