PREVIOUS NEXT FIRST VESPER, Because the gift plucked from Earthward...
CLXIX 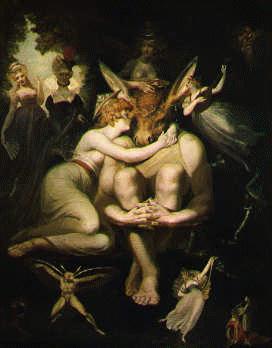 Because the gift plucked from Earthward
(from ourselves) assuages human tears

th'sunbeams/wraiths of Heavenward Fury
chant without end as Existence closes

chained) chained to Wide Water's bitterness
we dwell on dying --yet at The Sepulchre's dry edge!

still (denying, still O The Providence of Might)
Will is our Magnificence, Humanity's ambitious Breadth

spreading to The Light, never giving in to Th'Sybarite Night
of moon mysteriousness over Ego's kiss to O, Death

All... all, as we from earthward surface:
ourselves because of Day's ever-approaching auroral

merging with all th'murmurs coming together, caught
fading & is consumed into Evening's moist moonlit trail

from ourselves (feelings) many marigolds/colors spill
from Earthward, from those mortal human Feelings which Soul

chill cry: Salvation! at the coming of the inevitable Night,
at the closing of the Light once seemingly everlasting

... Salvation because The Gift of Love is such
that grape-vine Nature's honeysuckled dews

of humble inner-Matter: where it exists, exists absolutely
within being's bounds, though Space be eternal (Life

may be impersonal--yet Your Life is valid: since Validity

itself is but to call ANYTHING a part of Life

because) Night may be Dark but O life's a flash!