PREVIOUS NEXT FIRST ATARAXIA, Eye put The i over the fence...
XVII 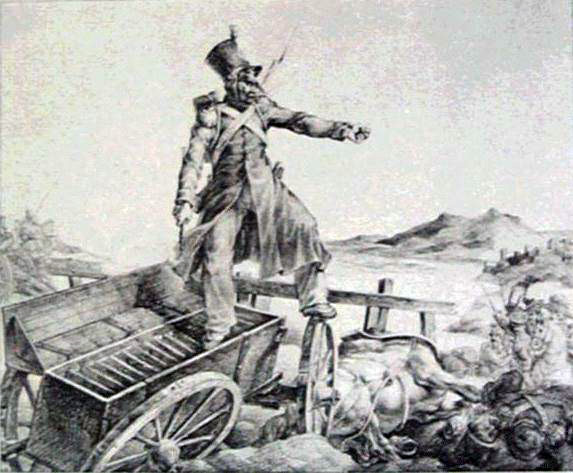 Eye put The i over the fence
to see IF (this, it was
that) running out across Th'Hourglass
to utter Innocence
divided Things one keeps within
from those that belong outside
but Thought! (it was much) too much to abide
though: too little to take in

So, next, I weighed Stone Walls--Ah, these
inside the World... leave little room
The World beside--And what about Th'Tomb!
O no: many have found--in it--Release!

No, none of these: My Thing divides
by heart... wherein up to th'last
Life's inner-justice hides
until World's outer judgment's passed. 20

^{20} "Ataraxia" / "peace of mind," In this work there are non-sequitur shifts which should say to the reader that a great deal is being compressed into too tiny a vessel. The 4th stanza gave me the most trouble; I wished to portray the inner world in chaos at finding itself imbued in too much freedom (even to express itself) although such a world must undeniably be ordered (or we are mad). Then I had to consider "the real world" (so complete in & of itself, although only "a world besides" the "inner world" of being AND the spiritual world "of the tomb"). How comforting to think of so many worlds in which to make a home for oneself! Yet not one of these three assures us everlasting comfort and security. The final conclusion is outside all these three: a creature which must feel its way around reality (rather than create an ever more & more novel reality, or even recreate an intellectual one) had better keep to the reality of its feelings (senses) rather than putting its faith in a reality of but arbitrary conceptions, dreams, and designs.

It was never my intention to make this poem some cute exposition of any exotic medical disorder; rather, the poem is a serious technique for combing out the "fine" materials that constitute both the inner & the outer natures of the human Self. Remember that a description of the human condition includes not just the nature of Man himself but also his environment. [line 2] "If" / possibility, choice, contingency.

[12th line] This "in" is superfluous (even, misleading). The word "IF" stands for "possibility" itself or "choice" (meaning absolute contingency... the parenthesis makes fun of this by razing every contingent to a simple aspect viewed from different perspectives). "Innocence" being perhaps the loveliest aspect of "Ignorance." These two poems are statements in the sense of 'essay,' despite the use of metaphors. They each evolve from a declaration to an overall metaphor. The futility of human achievement runs through them as theme (but where in the second poem this futility is stoically ennobled, in the first poem it is aesthetically portrayed as a false sense of nobility --not false because a teacher's job is totally futile but because the teacher (of the poem) is not teaching at all, but only believes he is teaching. The implication being that if he were really teaching his life would then have justification (and damn the significance of teaching itself or his specific teachings, in the overall scheme of things).

Has the metaphor "heart" lost its meaning for the present generation? I hope not. At worst, it is not as vivid as it once was.@