PREVIOUS NEXT FIRST S T U B S, For emphasis...
XVIII 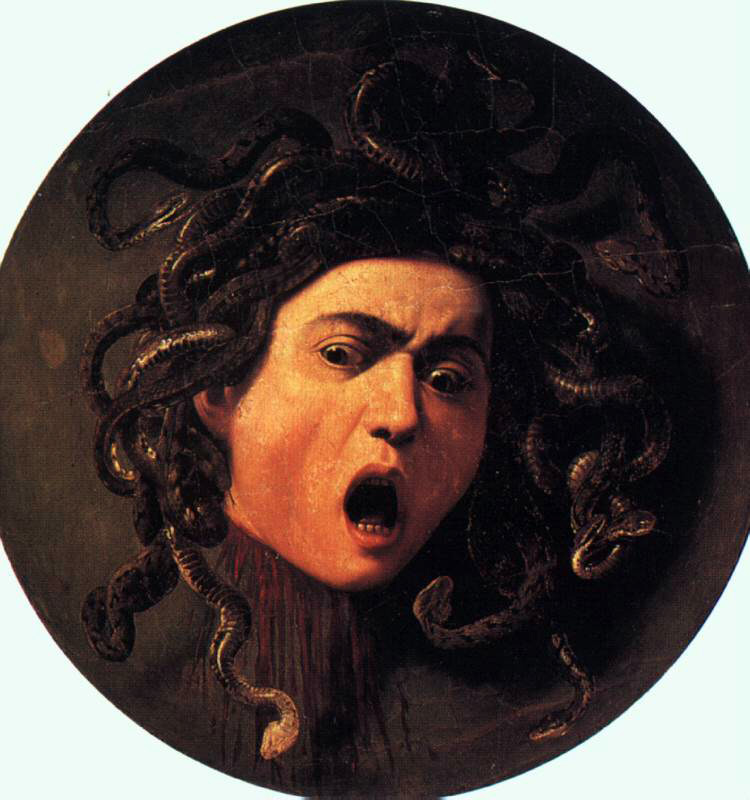 For emphasis
he showed me
The Bone
his dog had dug up:
It was a bone out of
one of HIS legs!

He stood there laughing
on th'stump
& said:
"Do you believe me now?"
Smiling. "I'm telling you
--We're dead!"

But I, under a
less personally-involved
(pure) circumstance
of restrained 'observation'
by chance
reached a different conclusion

--This time
it was a bone out of
one of MY legs!

He said, "You see!!!"
smiling so smugly
while claiming this time:
"What did I tell you, pal--
We are ALL dead."

I cannot say
that I believed him even then
( too circumstantial
for me to admit as Proof ):

I can but say it hurt me
terribly
to see that dog defying
Th'Good World's laws
with MY BONE in his awful jaws!

^{21} How short is a short story? Well here's a surrealistic short short with but two characters (if we exclude the dog), a simple plot & the simplest dramatic interplay (confrontation)... beginning, middle, and enough of an end. These are my criteria: If the work says nothing about the human condition [beyond all other platitudes it holds] then it serves no purpose and is a waste of time. This little story succeeds for me because it presents as criticism a facet of human behavior we've all had to face at some one or another time: that pernicious stubborn unwillingness of "someone" to accept our judgment of "the facts" as we understand them. That the reader must of necessity remain impartial in judging which side of this reality is real is essential for the integrity of the work. Dramatic proof, one way or the other, may be dramatic enough, but it must also remain eternally unproven --as you can appreciate (here). The protagonist as narrator and the antagonist (whom the narrator refuses to believe) are men of solid faith in the validity of the senses --for men such as these, Truth is common sense and self-evident. Of course if I had taken the side of either one of them I would have "hoodwinked" the reader into accepting the sanity of one over the other. The conflict would perhaps be physical if either or both men expressed any self-doubt (they'd trust to force more than to reason). But here Reality is uncompromisingly insane (in the real world Reality's Insanity compromises itself at the drop of a hat & pardon my cliche). We seldom find ourselves on the debit side of reasonableness. The poem is primarily drama; I tried to make it work from the point of view of the character to whom this distressing experience is happening. The world around him is so matter-of-factly crazy, so smug in its bizarre nature, that it almost supersedes the fact of its insanity. The protagonist is left more with a sense of insult at the injustice of it than confused by reality gone hay-wire(d).

This comes right out of a dream I had. It's best to deal with it in psychological terms: Stark & dark. The joke at the end is inexplicable except in terms of the subconscious: I awoke laughing. [Incidentally: Of course the third stanza was not part of that dream: I am just taking the opportunity of the poem to comment on our assumptions of certainty.] Why a joke in midsts of such morbidity? Can we ever know? Taken as the whole course life is rather tragic (and, naturally, the hero dies in the end). But in the short run, or somewhere along as well (and sometimes), there is a nice beautiful shady sward under some gorgeous tree along the river & etc. all lined with rippling flowers: (Aha!) It is the joke we live for (along the way): oftentimes more funny than sarcastic. Why a joke? It seems such a wasted effort! It serves the moment & then presses on, never to return. But it is also the perfect drug for all our ailments real & imagined (no side-effects). The fact that some jokes give us an incisive view of some peculiar relevancy is incidental. The attractiveness of a joke is that it is commonly some exaggeration or extreme (say, of turn): Could it be that a joke is the mind overburdened with the absurdity of it all mocking it (The Absurdity)? [The recurring aspect of the dream lies mostly in the action described rather than in the description of it.]@