PREVIOUS NEXT FIRST THE VEIL OF MAYA, World holds together by keeping from itself...
XIX

THE VEIL OF MAYA 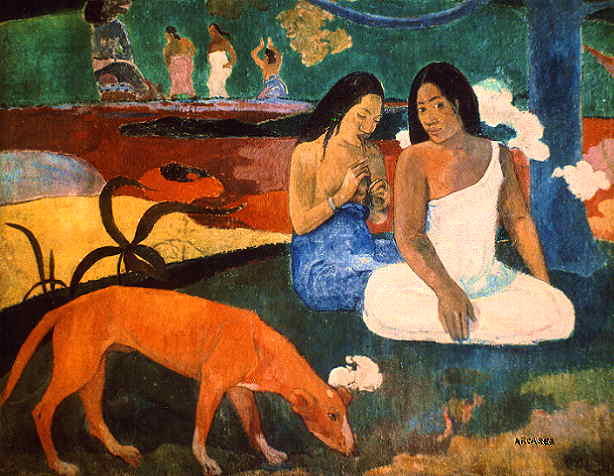 World holds together by keeping from itself
th'outliving Light, Th'Devil's free, dark

echoing back & forth, ringing
around his limits: Defeat (that land

behind the unbeknownst Moods
in their superficial Smiles & Frowns

the profoundest: What holds is
half Temptation! ... Stillness

lasts: Itself (a) waste, our free
Laughter stretching before & after

unnoticed! flustering off Th'Sudden Ways!
bleeding all over us th'lightfoot Bloods
of the wounded Yesterday!

... Gloom sweeps
th'ungainly footsteps of all our Gains
in their depravation [sic], th'shoulders-high

hopes & shadows, the honeycombed hurry
of Time, Grace some unnamed something

Love: lunging up the knee! whistling
startled Beauty--How does it cling? thus

mumbling th'by & by, devoid of
claw, sans fangs! or, worse: What does it mean

(to point to)? fixed quietly & strange,

savage atop a hill O almost
catastrophical we sang

that can now trash about at will;

capturing without our clasped hearts of Silence
th'knotted notes of our cheap melodious madness;

the downward gulls of Inwardness

skimming busted over the broken
bones of th'heavy breast: tons of

to the sad... crust Th'Custodian

profusely unremembered, after the pop!--Bursting
at the blanks, but the flat left-overs of

What wouldn't one give now
for The Impossible Camera!

... while all
the World's laughable, competitive dictators
(offending each other with their individual
'luminosities' starkly un-unique, worthless
amidst the Sunshine's unrelentingly brilliant
cache!)... O how little they realize

of Life. O turbulent Obliteration
be my theme... that the Unenduring Dream

(of eternal fleshness) folds
its tired, sobered wings (Write it down:

Each & every phrase's here
tonight)... Everything's coming together

for Th'Fall! over everything... each Sphere
of Silence drips its tentative implications

to The Voids, O uncertain Life,
with unsophisticated noise...

We, Passion's rowing passengers;
we, goats at Th'Goal, we

that holds The World together (by

^{22} A kind of Babel self-renunciation. The First half of this work attempts to bring forth a fury of statements to capture the greatest portion of so wide-spread a truth as to make anyone attempting to make all of it part & parcel of his philosophy (of his messianic message) look like the classic wide-eyed prophet of old --At least, the prophet despairs "what I would not give now for The Impossible camera!" [lines 20, 21]. [22] "dictators" not merely in the political sense. [30] Better alternative: "to the Voids " [29 et al] The Fall's the prophet's; who, poised atop The Wall [33] he is trying to point out (perhaps even by his own fall --as some sort of ultimate, extreme proof). I repeat: There is a wall here that is the justification for the existence of this poem. The drama centers around our acceptance of its reality (or not, of course). Had I dropped the prophet from the wall (at the ending) it would have left me with a nice fantasy (a lot less than what I seek with such a work): The message, and not the prophet, is the important factor. An impact greater than the mere splattering of a bag of bones & blood. The privacy of individuality. Certainly, the world not whole but kept together!

The Soviet-American nuclear equation [mid 1980s] is somewhat akin to two men tip-toeing atop the tallest flagpole in the world, pulling on a rope in such a way that this is what keeps them balanced up there (so that if either one lets go both of them fall down backwards to their certain mutual downfall): People are such fools that they actually believe them (take them seriously) when they threaten each others' safety! But I firmly believe that each is holding the other against the fall --and knows it. It is we they are trying to intimidate (if they, rather than seriously threatening each other, if they both fall at the same time they will surely crush us with their corpses). One of these days a lot of us are going to wake up, and then... No More Bucks, baby! They're gonna have to pull their own weight.

I have been blessed by agony and a horrible anguish in my life, that I should not condemn out of hand some other innocent to this. For this lesson I can but be eternally grateful to whatever gods. I've been like a gambler who has lost a great deal: and, luckily, before he has made the mistake of advocating gambling (if for no better reason than his own "good" luck).

Those who become carpenters, lawyers, cops (safe, conventionally established trades & professions which carry with them a safe return on the effort put into them), are a kind of cowards who don't wish to experience humanity to the full: Now, those who pursue the arts, who go on a limb after a find, scientific or otherwise, don't have enough sense to be cowards: They are preoccupied, absent-minded; they gamble their all, happiness, security, love, even dignity against whatever achievement! Man has just so much room in his soul; and it's either the sense to be cautious and pursue happiness and the rest in there, or no sense at all of one's proportions: If one wins (does something all out of proportion) no artist is guaranteed a payday. If one loses, one is certainly guaranteed a reckoning. This should scare the hell out of most. But artists are such fools! Any artist will yet insist he is no gambler at all: He is a coward, really, and has no choice (in the face of this) but to pursue the only alternative with which he can live --Could anything be more foolhardy than this pursuit?!@