PREVIOUS NEXT FIRST ON WHAT MATTERS, Men the innumerable few...
CCXXXVII 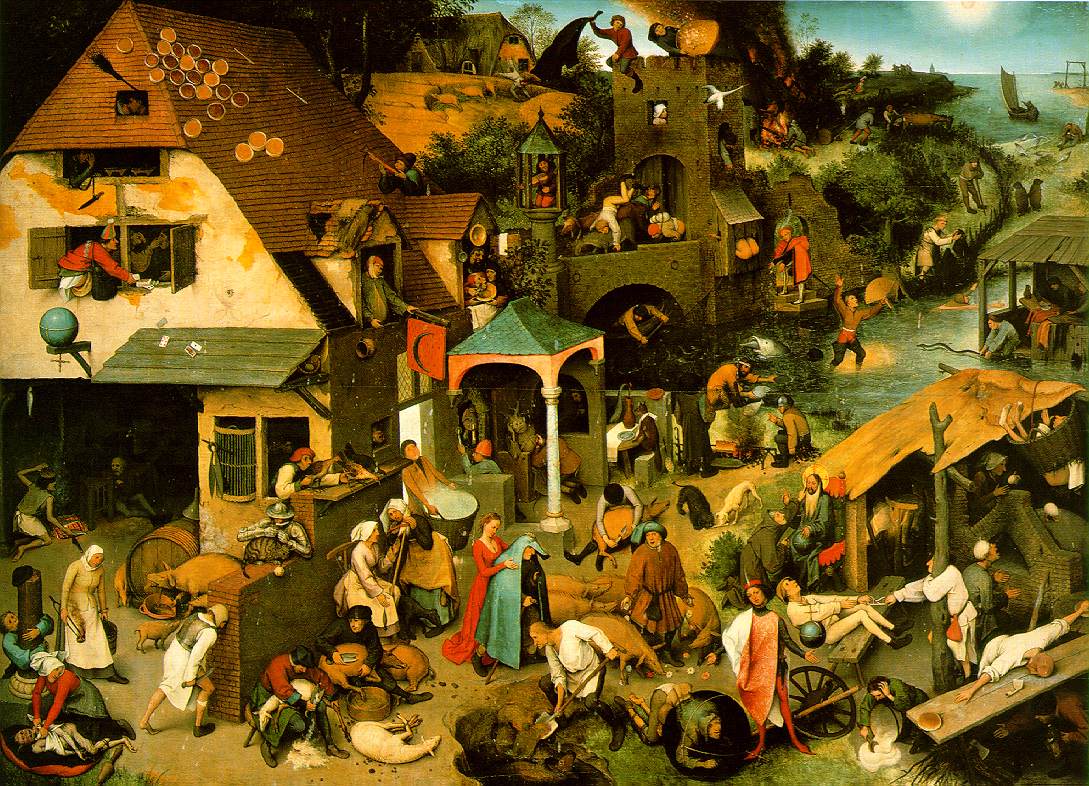 for Proof (Perhaps) that: The beauty of the moment
far outshines--The Blinding Gloom of O

Lord, we're about to go into battle now:

I pray) our poor families suffer (at least) as much
as the families of those we're about to murder...

a mesh of matters human & inhuman

heading out for their purplest mountains
majesties because they're There ( to

discomfort The Doom of All)
simplified a mist

--Cut it out: Some of our families were against
this war ... Dark their distance, where they lean
O, with incredible Intent

(as if their brows were half-
aiming to challenge Th'Perilous

american) intellect which doesn't go beyond... lightnings!
two beers & a myriad eyes Look Out! across

Okay, I pray then (those of us with innocent
loving families): that when they hear of our deaths
they go out for a celebration & rejoice!

Ain't you afraid of Jesus?

from its dear self
trying to collect that dime, fences in their

Freedom, they pledge (always
looking upon that High Flung Flag)

it's th'Devil you gotta be afraid of

each one of'em, aye,

pledge:
a lesion, Toot a Fag (of
the lunatic Tates) O America!... & notary public:
for Witches' Dance: One urchin, undergrad, into baseball
with Lee, Burtie & Jost (a felon)

--Oh, how The Tired
(unswerving circles) burrow into Th'Road! who can't

adult enough to consult The Weather Bureau
before settling any suit

whilst a jelly of boulders melts into Th'Native

their Epitaph: It just doesn't matter

--what The Celestial Winds snitch

(their secrets--so sacred) about Truth?...

Maybe, or of a Christ-harvest
at its heap (taking a crap
in Palestine): The National

(naturally, un-written) Definition
of a Slave: Anybody whose production exceeds
his earnings.

Their Bumpersticker: I have been
to Th'Whorehouse & them bitches ain't
sheep! Of their British forefathers: You gotta
love'em--Where else are you gonna find such vulgarly im-
modest stuck-ups! I mean, what could be
more human!? But more often: "Did he say...
You Americans are such jolly nuts OR you Americans
have such--?"

Of their leaders so-called (see
the one about th'Whorehouse, above): Damn
lotta folk' out there who think they're tough
who are no better'n just plain evil--

Oh, and their Platitude?... If you can manage
to keep your head while all around you are
losing theirs it probably means it's
a cheap head.

The Yankee Prayer:
O, thank God for so many religions (to keep us from
The Wrong One) OR, Greetings & Criticism:

--What's in it for me if: The Biggest Attraction
(in it) is: You gotta pay to get in! Conclusions:
The Only Thing That Matters Is Matter
(Uncertainty's changing textures) as I've told you:

pledging allegiance to that High Flung Flag,
but not blindly, warning

always warning: If you just keep your eye on so high
a flag: you're liable not to notice

what sort-a Sonovabitch's got a hold of The Flagpole

--It's that good son you're really following, and not
you sober comrades made a gush:

Flags don't git nowheres
by their selfs--Hell, flags don't even hold fast
forever (as flags) but all too quickly serve (as
shrouds) the rest of The War--Whatever--That's

how they've managed to keep Freedom alive, and
The Promise of Democracy that guides their line:

"We aren't Perfect, my friend, we are
on our way:" Turn ON The Light as you go!

journeying like all men towards that
somewhere sunset of Fate's

O' Countryman!... Leave behind as much
of Darkness