PREVIOUS NEXT FIRST REFLECTION AN ODE, Out of a cosmos, out of a...
CCXXXIX

"Characters of The Great Apocalypse,
Types & Symbols of eternity, of First
& Last & Midst and without end..." 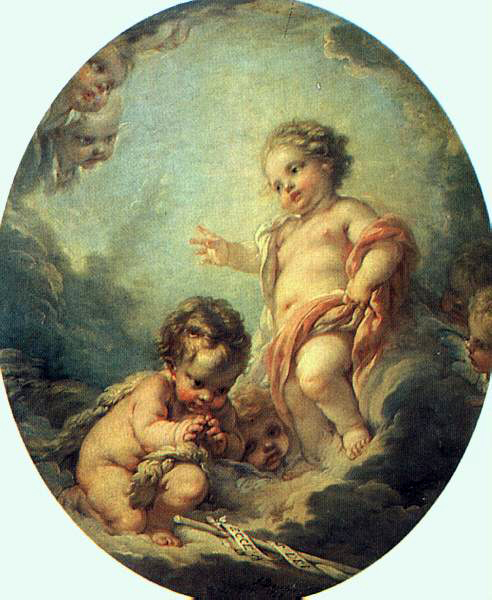 Out of a cosmos, out of a
Consciousness, out of a Oneness

Book stayed where he was put
holding The Page

... angels yet to arise
(out of Man's common flesh: laughed!
by th'millions! under the sunshines

of their own making--Even as,
outside, in th'Dark, one was wondering:

is there One honorable communist
in th'whole of this wide world? Is there

one, only one: I only seek a single one
who will place humanity above the masses? 104

how much (he can make you swallow)? attending
Perhaps' pale pomp ... Is there ONE
honorable communist, a single one,

who will not stab you in the back as soon as
he knows you cannot face him down!

Is it too much to ask for but ONE single
capitalist who values the salvation of the whole
of Man above a buck's [There were a few
careless moments of indigestion].

in which they could see, hazily reflected:
the Future they would abide...

Then a Pause, during which
the coffee rippled as if someone
had tossed a stone into th'cauldron

of colics, after which: indistinguishable children
took off their clothes! and plunged

into th'flower-petal polluted waters
swirling without remorse, with-
in an ocean of liquid pearls:

the victims of priests... the twisted corpses of
numberless ages wove garlands about the heads
of kings... tyrants piled up victims

--Throughout the centuries, Book stayed
where he was put, even while

on a ridge above the circle of angels
at their frolic: a hobo's belly
was caught in the paws of growling

& the critic jumped up & down screaming:
" This is non sequitur! "

having at last discovered the nature of art

(watching a ball kept aloft
by hands slapping it): First
a yellow hand gave it a wide-open slap,

then, a black hand gave it a back-side slap:

and the critic went mad! ( having lost sight
of the ball,

... The timid tea-sippers at the cocktail gathering

(around some reworked prophet)
robbed to death by all those questions that kill,

"How did it die?" (where it went)...
getting all excited over th'latest
Hollywood collectible (one of Lassie's ticks)

When you hear an economist speak, remember
that he is The Priest of some his own non-
sequitur political ideology, right or left,

and that his disciples will take it for the Word
of God, and condemn th'heretics

to th'flames. ['The Beast With Five Fingers'
playing on T.V.

the Host insisted
there is no sense in believing in God

Salvation lies elsewhere--leaves
broke off the embankment, drifting aimlessly
towards the sea ...

Book stayed where he was
(put), holding the page

--Inside the dark edges: Joy at its juices,
Nature's incomparable demonstrations,
the dateless' tiny days sic

--Outside:
the clock's endless watch, the sober-

another collapse into controversies

And this furtive meeting between us,
some nameless incidental (along the overburdened)

Sun by example, only (this spectacular moment
of realization breaking above us

like a supernova, meaningless in the darkness
of the Night over us: mirrors th'angels

aglow, singing by the warmth of that kindling:
can & can!), awakening in the Present
pox-marked with Purpose like a plague
... asking How can I get back?!

owls on wings of the lightly:

Attempt's scuttled turtles
trying to remake the World instead of
at last, trying to build upon it!
"Hey, stupid: The Past doesn't exist
somewhere" like a room waiting there patiently,

by nameless, blind workers.
Hang around for some time

and you'll find yourself in it: This stable place
of mankind's, this unmovable monolith of Time

that seems with a point, this moment
holding us marvelous in th'meanings of our own

minds, that keeps us shivering
in the consumption of (that flotsam

would & would), this agitated little social gathering,

this Modern Age, this Man
(veracity at its venoms): THIS

is a self-made dream full of vows
like regrets, of affections without identity,

in a world that's constantly awakening
to find... mountains themselves come down to

drink of the stream with the clear green
eyes that see everything... there's where

the angels are splashing
in the meanings of stars:

displaying themselves naked before the precipitous
rimless without ... that seems to be peering

to the depths of a shallow so shallow
it appears all-depth, O what have we
to do with understanding!?

... holding th'trembling page, where you're
put, the angels which shall evolve out of you

holding their breath while you debate
within your primitive brain
Th'Purpose of your being ( theirs! ):

Now should I die (because I cannot afford
a) Ford? ... through the irrelevant stream,

above it all, but a thought from th'unrolled
red carpet God has aimed at The Dead Center
(away from where walk the naked angels
that reverently go to light their candles

in the waters of Th'Light) stayed Book,
holding the page --Idea plunged! into the ice waters 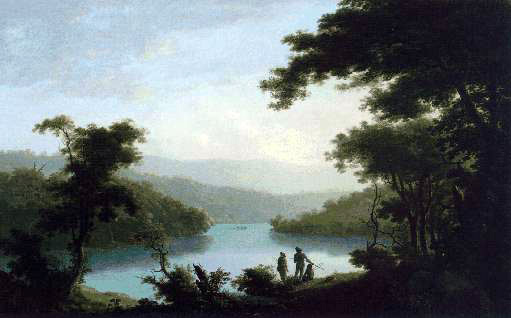 albeit no Splash --nor did the naked children
(therein warmly swimming for their lives)
even turn to notice, as Idea fell

although no Sun there (because
their lives are The Source
of a much warmer Light than all of Life's
brightness) ... sometimes Reality

beams down upon art & sometimes art
shines back a Light of its own: back against

more done than doom, formidable
as The Least speck in your eye

your destination: distraction
tailored by Time, distinguished
(to) a target, always the sneaker slinking

down the unsuspected sinking, cursed
by consistency, if nothing else: ameliorable

but to th'changes brought about by Death
too much the Flesh, holding the page, and

always, trying to figure out
whether to find out what comes next

or start remembering how it all got started

holding down the page: comes a man
(already too old to be thinking about destroy-
ing what has past, thinking only of building
a place that will bring out the angels
hiding from his eyes) suddenly
to the foot of the mountain from the top of his head

O, with such a terrible sunburn
(painful as all his age) he smiles

a moment & smiles the next, watching the children swimming
without himself the cold dark waters
of the stream with the clear blue/green eyes

(of future generations of possible angels
hymning from his own several Heavens
for their births! ) ...

where we're now seeing nothing but devils
reveling in th'red burning waters
of our endless self-sins ... He smiles a moment

& smiles the next, taking up the Book,

and starts to close it, carefully, with trembling hands,
hands that are not of th'moment, nor for the moment,

nor of Certainty, but with the same unsteady hands
that have caressed some infinite Meaning

beyond words, priceless, hands that have touched
The Truth that cannot be contained
within Matter's prudish parables,

... births
pledging years not theirs (then) th'children splashing
& splashing that Light that looks the darkness
over our yet closed eyes... joyously

with lies that with Time become truths
whose ugliness none can hide from (till we realize:

All must be made beautiful!)
... The Past has worked itself out,
the Future will work itself through

(and what connections... one page owes the rest:
is not to be found in The Book
but in The Reader's head): All must be made

beautiful! suddenly swims off the startled pages
of the rolling chances yet slashing

vacillated above some nameless old man's
purposeful imaginings: a Sun!
burning him upwards! towards Heavens he smiled

a moment & smiled the next, Alas!

seldom is the whole
of my being at th'disposal of any particular moment
in time ... under the canopies & clothes
that shade us, shape us into mortal kings:

continue with the party... This is
my very best friend in the world, Barry Droll.

This is my cousin Willy Penn...
"Have I the pleasure of addressing Ann Enbelop?"
You have NOT, sir: Ann Whom-Maeyubee!

"Alas, no, Madam:
I am the founder, owner and chief operating officer of
a former hot-dog stand (now specializing in
sewing fallen buttons back on)."

I'm fat
completely by accident: I ran into this
abandoned Dunkin Donuts truck--

"And this is a rare, vintage clip
of Mahatma Gandhi beating up his wife..." Humanity is

a weird group of people. But, don't worry:

--If the whole World came to an end this very moment:
you wouldn't give it a second thought, either,

smiling (the moment forever)
stayed the Book where he was (put)
"One of us," / "One of them,"
holding the page

... for now,
if th'capitalist tells you to go east
--head west & there's no way you can go wrong.

And if th'communist
suddenly
tells you to, "Breathe deeply!"
--Hold your breath

and, even until you choke to death
if you have to, my man,

and if that doesn't save you:
--nothing will. 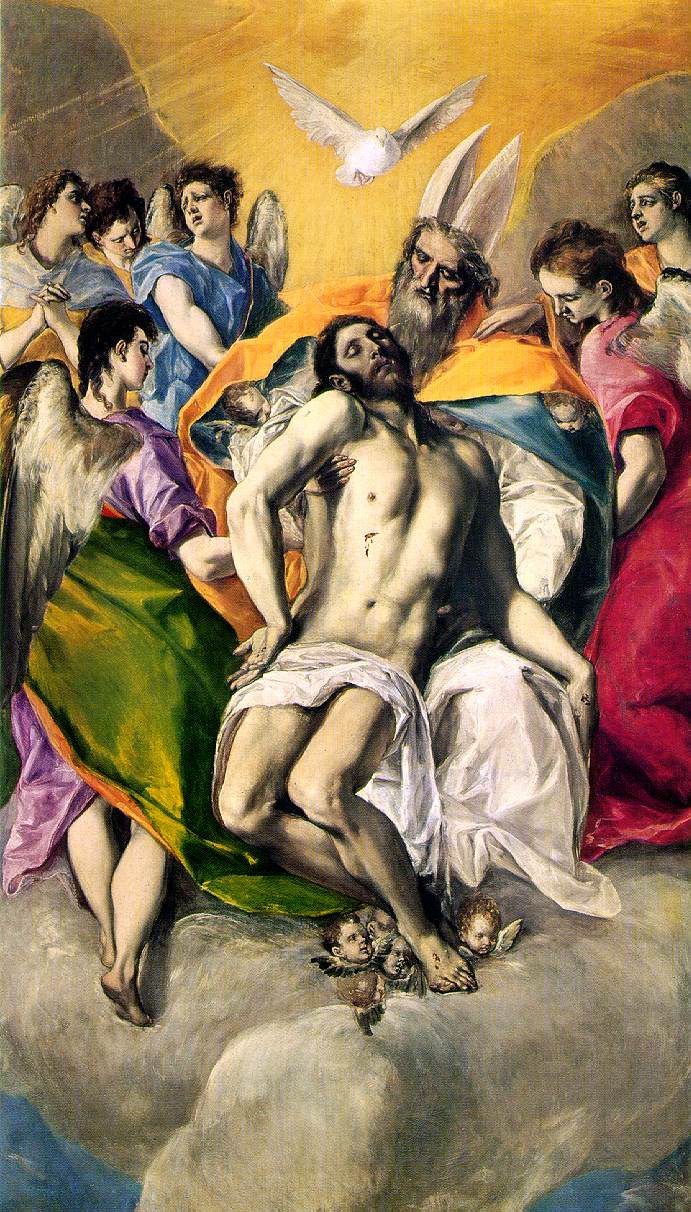 ^{104} Communists make the meaningless generalization concrete by such tricks of semantics.@