PREVIOUS NEXT FIRST ELEGY, After a friend's departure...
CCXCI 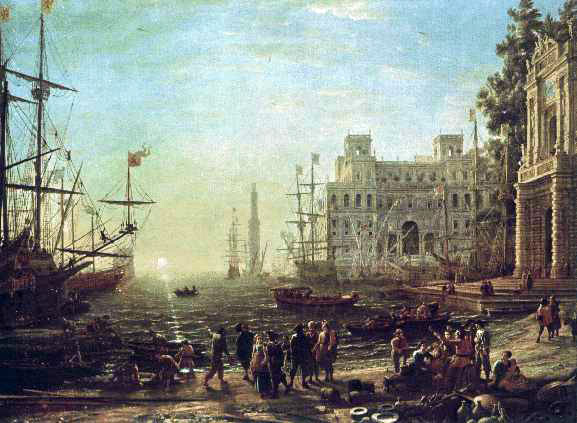 or we are flies, stuck to
infinity's wallpaper by th'unquitting winds

winding through Time, while walking
the swamps of Something

lost in the mergence of Love
& mold--

The too arrogant
gait of the clouds comes to a halt, the

After a friend's bowing of strings & strings of eternities

like ticks, in the garden of variations,
between the honeyed future & the dried-up past, be-

... after a friend's
pronounced sailing out towards that island of
Long Night--While we, standing still upon

the Certain (brief dock the green/gold
electric triumph of all our limited goals, Th'Slumping
Permanent

about
The Continuum --Man-- blinded by the great
glare of Agony, admiring the blue bed of
Beauty's barnacles clustered around (hushed, undepicted
peacocks of Th'Darkness, sweating) the giant owls
of Midnight--

Our sunken, shrunk pupils
holding fast the look that outlives all the Light

seeking with greenish lanterns (in his lips
stilled, quieter than the lake of lapse),
Th'Glow of his farewell

... amongst the shuffling
shadows & the shaking shades: a texture of

giraffes gyrating through the dance
that's to us but The Shock of (Chance,

after a friend's) departure, ever so gently
across the overwhelming leaps of th'lowly tide

We (always wondering) if it is our night

until the uncompromising, uncomplaining
would of his decaying to The Dust (sailed him [sic]

so deeply! a mood) to the awaiting horizon
over th'thousands/thousands

tongues of Time lapping our dappled: We
bowed (our heads like apples being peeled & tossed
into the dwindling)

... Woods like laughters
the times bobbing from times to times, still the

clashing cries of chance! after a friend's

departure: we sought him (spirit among our
positions of flesh, stilled, languishing, until, upon

The Stroke of Midnight--we dismantled
with a chill: the warmth of all human contact

and sunk to our individual ways