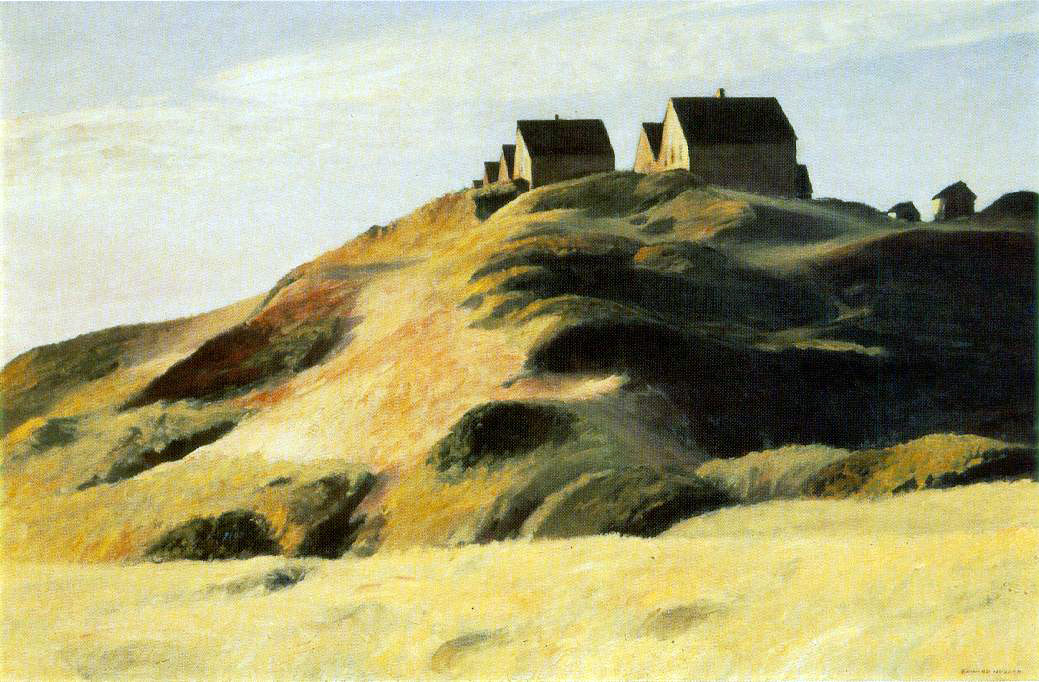 "You shall have no other gods before me"

stood The Tragic, terrible as truth & twice as
formidable,

"You shall not make for yourself
a graven image or likeness of anything..."

those commuters through Space & Time, poor people
of The Same Place (Always) meaning more than
The whole Entire &amsp
... halted in the untold
alterations of Mind's all too telling destinations

Truth is The Paradox,

& there are no unpolitical impossibles, that
The Most Important Thing in Life is

(somehow --for it is also the most difficult
thing in life):

... to learn to diminish oneself
to the point where one is grateful to live
even with the barest least good
Life allows,

what I speak of, "Honor your father & your
mother," Mankind piles up its volumes

tomes & tomes of Autumn up to cumulative
Greatness--but it doesn't matter: "Deliver me

from Vanity!" the higher Inflections unloose
themselves... the lower then the uplifted spools
of our self-spending lives as such,

"You shall not kill!"
... Deliver me, deliver me (of my Pride), the layers
of strings attached

("You shall not
commit adultery!") drop endless oysters against
all terrors:

"Deliver me of my Pride!"
daft upon The Dark like stars the numberless

dictators of the One & Only, Singular & Unique
The Dark, "to find joy, however brief, happiness,

however tenuous, and Peace whatever" forging
the furnitures of fancy's unfamiliar lair, as if

for its funeral, "You shall not bear false witness
against your neighbor!" fords ahead Man

Truth of the universe: The Laws of God
cannot be broken, only the laws of man

fall by men's interpretations, "You shall not covet
anything your neighbor's!" where everything

is subject to some rationalization, it is not
a matter of should or should not, The Laws of God
(authentic) cannot be broken by Man:

he passes judgment upon himself: "You must live!"
which he vandalizes

--There's a refrigerator
under the ice of the river! and the fisher Man
within the hollow shell of all his unsupported stuffs

walks calmly into the waters so tremulous & black
with bluffs, knowing The Truth of God (the authentic)
he cries out that his brittle pronouncements
(cracking under almost every other step he takes, despite
his weightlessness) come from the lips of God!

"Deliver me, deliver me from Pride, from
Vanity..." wearing an odd shape of The Nameless

... the laws of Man
cracking under almost every step he takes, "You

must be a man!" (not always, not always does The Must
become us)... only The Laws (inviolable) of God
uphold us, "Thou art Man!"

... snatching chimes
from the mute motions of Chance like notions

"O humble me, O Lord!" And, Dignity's
a strange sort of starch we toss all too careless
into the wash (of our stained spines)...

"Teach me to diminish myself to One!" From the re-
frigerator the fisher Man pulls out the most delicious-
looking ice-cream cone you can imagine comes to life!

& with it he tantalizes O the weak resistance
of The Flesh which turns eternally the flavors of
Man's favors,

"Thus speaks this God," so cold
in its unauthentic tongues: notions sans structure

"These crumbling thoughts are the eternal foundations
of The Lord thy God," & living like a catalogue
that is the longest book of all

--Wrong, it is no Book at all
but only a whole lot of little insignificant booklets
(all too easily diverted brooklets running

nowhere & for naught) --But, that is one way of
making up something Great! "Deliver me,
deliver me!..." Greatness is exclusively reserved
for The Unique ness of it:

... we put the cemetery up
on a really high, definite Place, and then

we buried them (endless droplets of the rain) into
deep, infinite Graves, seeing as all things are
but sums of their parts
... Greatness is
itself entirely, which means that you cannot built up to
Greatness, "Deliver me, deliver me from Pride!"
... all the while stars pluck degradations from their
heavenly inflection, set in'nattention, fielding The Abstract

Imagination infinite & high Imprecision of Chance's
changing Decision, "I am The Lord your God, who

brought you out of the land of Egypt," to Japan

as its irrelevant self-appointed Designers of The Truth,
self-assigned Builders of The Cosmos, self-
centered witnesses of The Inevitable

thinking themselves the cyclones (of The Usual)

correct with their callous Courage (like
cosmic kings) the Pilgrimage of the deep, definite
Imagination

... going over the most shallow faults
while infinitely trying to find faults tiny enough
they can fix themselves (as if they could
fix themselves)

crying, "Union's the price of
wanting it!" all over the resting wife Earth

all crumpled like some remarkable crumb
for their feasting upon her

with th'warmest delights of all, "Deliver me,
deliver me from Vanity!" (it's the only way
to happiness)
... until the beaches
move about an inch of Surface all the while

in the tranquility of The Darkness that reigns
for miles & miles in its profundity
of upheaving Quiet
ude we put The Cemetery
in a definitely high Place & then we buried them
in infinitely deep Graves,
trying to preserve them
(the endangered species), in their loss, as best we can

spread upon Causes rows upon rows timeless,
endless, "It's the only way to Peace, to

Purpose: Concern yourself not with The Laws
of God--They're beyond you. They cannot be changed

by Man. They cannot even be determined
from beginning to end (but only glimpsed

in the brief Undetermined)..." undercurrents: the gas-
chambers

clangor their bulkhead doors,
following the maddened goings-around-in-circles
of the human clock,

"Deliver me
from the Pride that fills me with hatred, with
degradation, with shame, with thoughts of
revenge... Deliver me,

deliver me!... Let me live
for The Joy of God's briefest & smallest &
least!... Grant me The Least Peace!" & all those clauses

"Let not The Angel of Hope come up behind me
with his drawn dagger (and cut my throat!)"

shoveling Jews into the ovens, asking: "Why
do we do the things we do?" when, "There are reasons

enough, there are always reasons enough,
enough... and eventually we find them," rows upon rows

(at their feet) mingling Mankind's great faults
(really, its virtues) of Grief all the while The Wait

Fate, saying, "These are the laws of Man, and you have
the option of obeying them,"

... for The Authentic
Laws of God need no judge, no jury, no policeman,
no priest, saying

but abandons the pirate world

to the promises of Man's death gathering Life's

stolen smiles with their breadth of breath:

"Deliver me, deliver me from the living death
of Pride, of Vanity..."