"A man's reach should exceed his grasp"
--Robert Browning 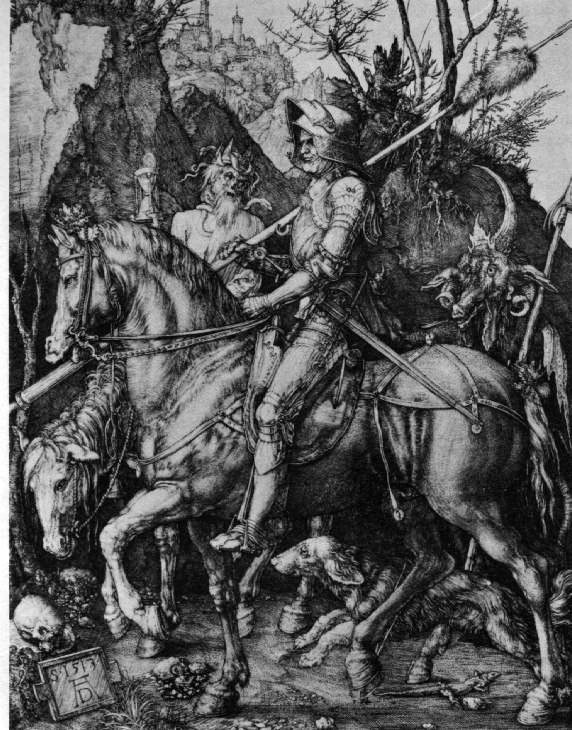 Th'Night at its most unpretentious,

tangled in Time, that Calm-mastering Storm, or
hopscotching the meteors of Permanence

like some suffused silk enveloping into
a stab! the strangling spotlight

which discovers them from the asphyxiating
shadows of this by & large vast loneliness,

jamming The Mind with th'misted
Progress-pinned torrents of Man's moods

responsible for the disillusionment
of All Those the real world discovers
from the vain dream of themselves,

the self-involving Blood in the wilderness,
the so disenchanting Realization

of Time the eternally levelled & leveling, who,
at his last, knows finally that he has
battled away his life only against Illusion

plumb wistful midstride The Tranquil tide,
the molten Becoming, Everything that will be

written, ever, has already been--almost
said a Voice almost, trailing into my thoughts

amidst the threadbare tries & lost lilies
of Failure & bottomless tantrums of Mankind,

games of our unending mortal guesses
in The Continuum of irrecoverables

ticking like sand dunes against the tide
wandering through Th'Timeless

trying to mount th'tattered, torn
sheltering tents of our certainties

(that any thin second can raze, stilled
tendrils shred with (a) shocking ease):

Every idea has been thought! then spoke
th'passing proses of Perception's warbling

herbage (past even the reach of What) like a leaf,
fallen before me: Ultimate Truth does exist! and

standing beyond all Awe... my hand, unaccustomed to
letting things go (my mind, unwilling to let things

pass): grabbed hold of leaf...
amongst the shoreward shadows (it

shone!) Everything!... each Symbol's sermons
Everything has already been done!

The brakeless barges (of worries wandering
over my moods, uncurling Crisis! against th'Thunder's
most untuned) & dizzying well-rounded rarities
drunk with a downpour of memories

I closed my eyes to Th'Rotten Iridescence

... I held up th'heart-shaped leaf (for scansion)
in those Beyonds untrod: Everything that will be
or can be, has already & always (all)

been! made anew upon Th'Midnight's tawdry mandibles
into The Brilliance (of all our mad/mumbled noons)

and mutterings of there being a God--true &
despicable, immoral & malicious

... waiting for us to discover Him
out there somewhere The Light shining
out... from Darkness (always those

even as the Sight withdrew, out of movements-dripping
sails & my feet of doubts grew roots of terrors into

the crumbling shouts eventually around me

while th'beetles of overexcitement started crawling
all over me, body & soul... World grew cold
as if it had abandoned the living...

You must learn Things yourself,
nobody can teach you Things

--I thought of animism, rustling
the uninterrupted grass-tips (dripping wearily

to drink) into the tiny cascade whispering dustless
their yellowing affection, Th'Fellowship

of Things with me, The Compelling Until

like a canvas grown over me & holding life's
warmth to my flesh...

I thought ...
a flower had moved! (And in a world of
invented & agreed-to Truth: it also could have

spoken as easily as any man):
Behold the leaf! like one fallen
from among the gulls of Always that weave Oblivion's
utter sails--Then th'mists that had settled
into the wings of greenness suddenly rose 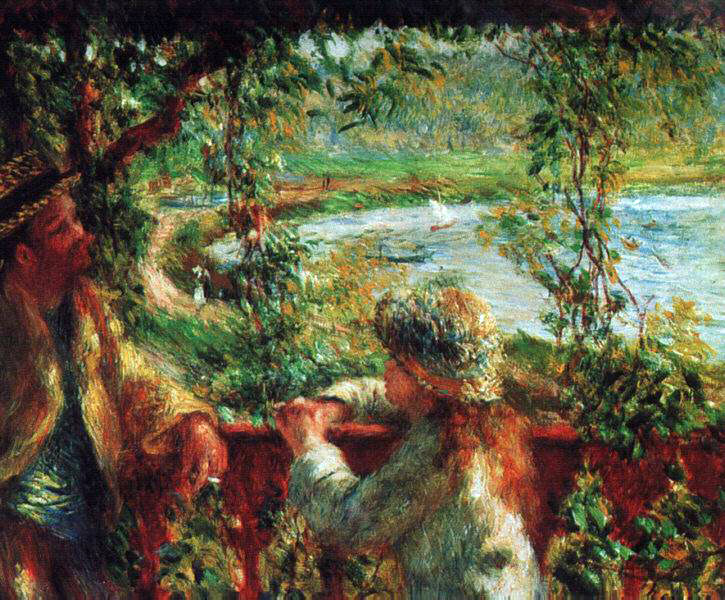 to become the moon's aureate aureole
... crystallized into (a) shocking whiteness

rippling th'forests with their essential torment
of Sacrifice, that antique enchanted, that normal

entwined, Permanence like a menace--the clouds
became wind, raw! (suddenly) downed
out of their nestled setting --The Cold Enough

--and hurrying across th'trees!
upsetting Meditation: the drunken swans of Winter

like patterns across The Whiteness whistling
the Shock! (of Choice) in an impossibly loud Voice

that leaf I had held escaped me, twirled
& twisted, danced & fell (before me)

until, touching my eyelids (closed by the spell
of its contact)... downward it started again
to fall in sympathy with all the violence

of those whittling winds about me, O
worries! those wicked warblers all over
our bluest skies, conveying the bright & black

those mockingbirds (our cares)
which in a blinding gale suddenly arose
before me!

... As before,
my hand rushed forward (abandoning my mind)

and once more amid its soaring I had grabbed hold
of leaf!... The World came again into focus,

again th'meadows multiple with sunshine
and the deceiving daisies of decay

blooming in peace amidst th'mad miraculous!
drowning in the gutters of God's Garden

whilst admiring the far & distant
burning visions of Paradise...

lost between the confluence of Night & Day,
stumped in Th'Silence I listened carefully,

and heard The Echo of The Judgment: "O,
Fool!" and yet I could not see how
such a thing was possible,

as Things suggested You can build up to
a wreath with but a leaf!

I tried--Think! Think! "No use!" and
was answered only by the murmurs'

which grew so savage, desperate,
The Wonderful's dazzling flaws & mad
unmuffled smiles of The Unimaginable
(tempting us ever) stride by stride...

wholly--I could not hear anything else at all:
Th'brumes swirling their swoop of Winter,

of Summer (the remorse) descended (as before)
again the mist-crowned Future like a fading foam,

th'breeze so violent, & the heart-shaped
leaves escaping me!... twisting & twirling
dancing in front of me:

Abandoning my hand
my Mind took it up again

... Holding (it) up firmly before me
for the first time ever: I saw the leaf!

amidst th'rippling flecks of emptiness
--And it was not merely approximation,
prejudice, nor...

whose empty meaning escaped my grasp.

^{193} The 'madman' has lost control of everything, especially Reality. The 'king" commands all, especially Imagination --The two of them could be the very same person, here, not trying to create (or re-create) some marvelous philosophy, theology, cosmology... but only trying to get hold of {" the leaf "}.@

^{195} "you cannot say anything that hasn't already been said before." --Terence@