PREVIOUS NEXT FIRST OF HUMAN PROGRESS, (After W. W. II), The way to Paradise is by gathering up the plumes...
CCCLV 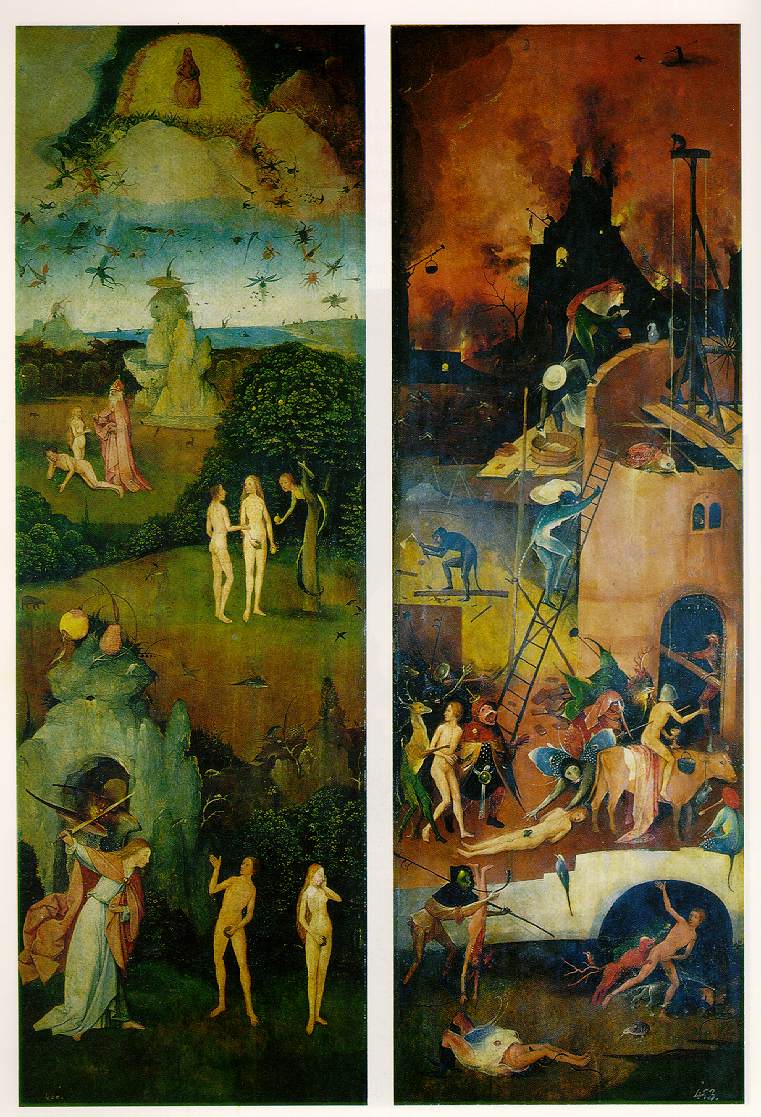 The way to Paradise is by gathering up the plumes
that fall (from there) & pinning your hope on wings:

They can't tell me (it's too much for them, too deep, way-
over their heads): They stare at me as if I were insane.

At once Th'looping Smoke-Curl of Man's fire appeared (to dis-
appear)/while Th'metallic Hints of the world's (so sought Madison
Avenue (attires) of dawning) Authenticities, or sinking Line (Titan-

ic) its Sky Realities: remained behind like Patchwork stinking
fragrances of Steel Man walked from morning until noon

at the very Depths of human progress, where I asked a Spaniard,
a Russian--"Why aren't you dead?" They didn't want to hear

(of it). They have not learned enough about death, when
finally: our Organizational Efficiency had reached Such Heights

that the Central American Dictator had left nothing at all
(to the peasants) except a donkey or so per man:

the government study finally came up with The Ultimate
revenue-enhancement Plan: a Government-sponsored, government-
supervised, government-run TV Game Show promising A Chance (in

a billion at a Million) & they called it Th'birth of The
You Bet Your Ass Institution (mandatory participation, of course)

--But when he saw There he had goone:

He screamed aloud! (Though None could hear
since Moon ain't got no atmosphere)

Yet, funny thing, every Jew I asked, "Why are you not dead?"

Every last single one of them could tell me The Exact Reason
(every story unique & personal, filled with a wealth of detail!)

No hesitation... We rowed in Backwards O widest Advanced
with thin & depleted Arms--but finally sank to The Seas of rubbled

ruins (which made us SEE with it, thinking upon Th'Waste!)

passing like so worthy a train: Fate The Magnanimous, thusly
continually spilled & scattered by Th'rounding motions of

stilled rain: Frozen Human Achievement, with all of its dusky
Show of Monstrous & cosmetic Craft (tears faded under snow)

then up! Man whistled down a tune
and Home returned: a popped balloon

Instead, he said "O one small step for (a) man, One
giant Step for mankind" ... You'll never get much
(out of him), that Huddled Oneness

--THIS IS A WARNING: "Stan is Satan! who

disguised himself as The Victim (of your
If I didn't do it, then somebody else
would sonnavabitcheries)

O Man!
... and facilitates
our self-damnation by providing us with
as easy a victim as He can, be it himself

just only for holiday or to study the phenomenon: the Jews
gassed themselves..." Thank God The War came when it did
& not six months later

... I mean, would you go on a cruise
in a ship named "The Absolutely Impossible-To-Sink
God-Be-Damned Titanic!?"

... this Poem will mean nothing to most everyone--But
there will eventually be A One who will (instantly)
know what I'm talking about
--And that ONE,
whomever (he or she), that One means ALL to me