PREVIOUS NEXT FIRST WREN WE ATE, adding his deliberate...
CCCXCII 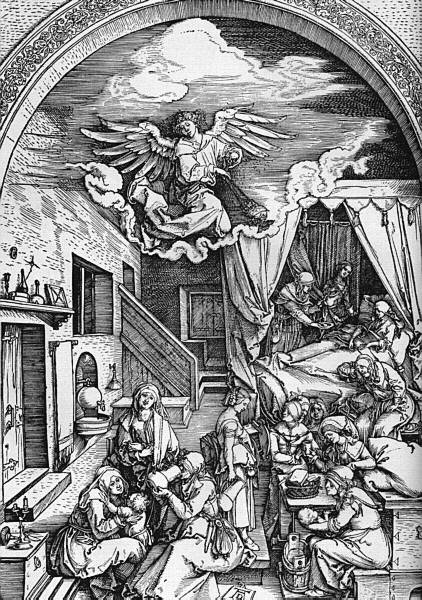 adding his deliberate
punctuation, and not rocking the

punt, concentrating on th'random
falling of the hair [to th'throne?]

for no apparent reason, in th'womb
of the bad housekeeper trying to stick together
a rhyme to better understand the world &

midnight th'mankind (become a duel all
by himself), "No one's yet learned

without affection: a mortal man, a great man
works tirelessly & with a mighty effort
of intellectual & physical exertion

unnamed Life) at the impossible beach
where th'Wind builds to a cataclysmic circumstance,

where the inexorable tides that give shape
to The Present are conquering, conquering

the landfills for a time (the permanent terminals
of Memory's garbage trucks, "No one's yet learned,"

ballsheviks of it (any more), those butchers turned barbers
because it gives them the ability to affect men's
heads (without as much bother), itself

the Crowd battling the Crowd
for a closer look, while

or inventions of man's (not God's) for their slightest
discomforts, "No one's yet learned the pain," a Man

so multi-talented he could sing Three Blind Mice
at once all by himself) slipping in Judgment's jams,

what (was it Voltaire broke over the head of some waiter
... You should consider yourself fortunate, monsieur,

you have been bludgeoned by The most famous man
in Europe! the prick of Perfection, the unction

that most irritates, "Fuck him--Get me a doctor!"
come the words of the) dying is the easiest part

Living was the hardest, no duck yet ever committed
suicide, about to be wrung by the neck, no wren

longer (or that dying was the worst part). Still,
wings ever tumbling through th'straight

flight, destiny like some blind typist, cruel
in the tragic & rude in the glad, careless of

neatness, not minding mere slang, even the purest,
nor the dirtiest words (it's not even her language),

turning out the throbbing bubbles of Time
in the breasts of baubles, the singular, only one

candle-light illuminating the Cosmos, adding
his deliberate... punctuations, floating over

upon his trance, encased in the clatter
of his calm, thinking about what could it all

message: The Devil sucks lollipops of peppermint
dunkt in beer!!! the Devil...) and so on

you say, concentrating on the random falling
of the ... here, trying to stick together

motors ... we try to contemplate what are
we, "No one's yet learned," nomads the names, the

splendors that in self-defense pale themselves,
the guiltless guineas whose blind eyes read

th'handwritings in the back of their minds
and, "all the lumps on others' skulls,"

down at the Start of Time, when all the carnivores
signed the Pact that they would refrain

from eating each other (like all civilized men)
as long as there are lambs, wrens, Man (not yet

sweating the women of War) sooner than sometimes
broke the Peace... although he pays lip service

to the Contract--to this day (and only occasionally
breaks it), in some countries only (which have

not yet heard of The Lamb, or reject it
as a fairy tale)... yet, upon the comma

of the Autumn we feast on the pig of Chance
bloodthirsty at the success of Summer,

fattened and tied to the steak (the polestar
of all our philosophies: bread)

martyrs self-harvested the handsomest, "lumps
on others' skulls," we walk out of the Past

as if into a mirror... bombing th'flies
or sailing Life's shrieking argosies

(by whatever means, Man-of-wars) or airplanes
... like sunlit lightning, sailors of the poems

of amen ... who never yet "learned the pain," or
dying by blanched pork (the flesh of The Grappling

Great) who rule the World, who send out the ships
of Hate teeming with slaves born to the adventure,

borne on a rage of conformity like some high kick,
seemingly incapable of rocking the punt

... upon some certain reefs the infinite
words of warning at the bottom of rusty cliffs

tarred to taffy in the white spumes of our busted
limbs, by the tongues of our blood (yelling

to the twelve winds the ever-circling hours
of our all-devouring words Look on Th'Mixtures of me!

... that at their Highest strike to some singular
fall... from some twelve-storied ledge, but

Don't try to stop him... if he'd like to
try it--Do you know enough of his life
to over-rule his own self-judgment?...

We are not animals about which you can make
your comfortable collective judgments of class &
kind, color & shape, and weight & height

ultimate judgment on what he was (once)

& has since become... the saviour sin
standing between the Beasts (hungry

... What is Man? but encased in th'castle
of his question, th'spinner of mistakes

twisted out of shape, falling & rising in the waves
always: Tritons playing in th'contortions

of his humanity: an endless ocean
hunched over his hates and loves

all that he navigates

the reaches of his unknown name

trying to stick together...