PREVIOUS NEXT FIRST Man took time off to speak with me...
CDLXI 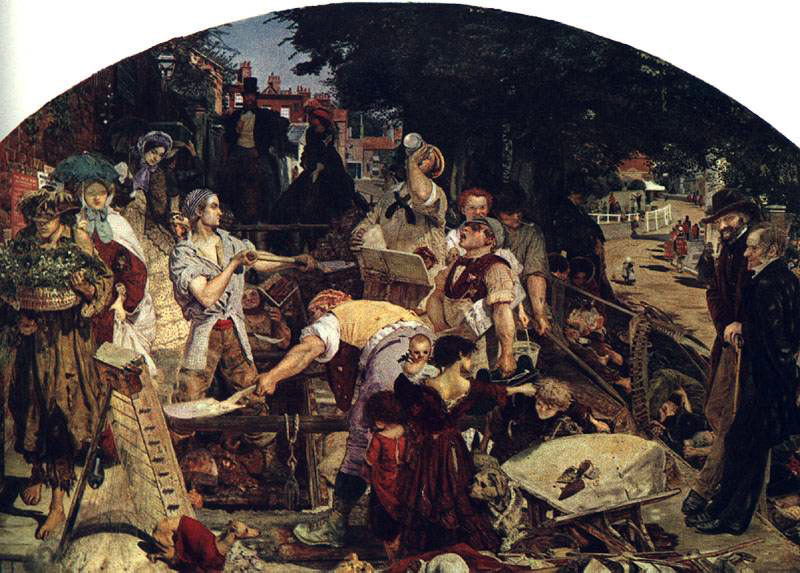 Man took time off to speak with me
from dropping pennies into his well & said, "It's

a cheap game, indeed," paying another coin to Hell

--I said: "My friend, you could play it cheaper still
by not wasting your time at all." But Purpose
reasons no consequences from its least falls

and, tossing in another penny, unpenned its self-justification
in a sprawling prose about how 'there is a mythical tale
that at the bottom of (all this) bottomless

(from people who, no doubt out of greed and selfishness
themselves tried to exchange one dull copper penny
for The Wish of their lives) and meanwhile

piling & piling them all up, by his magic,
into a considerable treasure!... with the intention of
tossing back up out of his well, one unsuspected day

in exchange for which unsuspected penny (who can say
which penny will purchase it): A Bag of Gold!

--I marveled exactly how Man can describe the whys & wherefores
of The Gods! as he dropt another penny (an act of daring
that just could not sit well at all with That Fellow down there
--in Hell )... He dropt down another penny
and I tried to win my way into his (unguarded) side

by this spell: "Perhaps you too could do as that little magician
if instead of tossing away your pennies--you saved them."

--He did not understand me. "Money is worthless." He told me
that 'we can hardly wait to exchange it for life's handiest anythings
at the first opportunity--' & how self-contradictory a tale!
he told me & dropt in another penny into the well.

While I tried the path of Why "should that little magician
repay with Gold the pennies of this world?"

But the Priest of The Well just smiled & told me
to look up 'ineffable' for myself! "Perhaps

he's trying to get back at the penny-pitchers,
holding his temper until it breaks for one lucky heckler."

A thinker, a philosopher! Very well then:
I will work my way into his dead-reckoning.

I told him, "Why don't you really get his attention?
Be bold! Attack! Really bother him then... maybe even
drop a couple-a-hundred bricks on his head,"

reasoning: "Even if we can't always improve on The Rules
of the game,ace, we can almost always find some novel ways
of making it cheaper, don't you think?"

while I gave him a hand in the transit of his heavy load
--until he let it go (all of it, down that bottomless--)

Then I took the opportunity to let him know
how, "It suddenly occurs to me that maybe that little magician
counts all the pennies into The Commensurate Amount
(that equals his Gold) and only then
repays the generosity he reads in this mortal world

in the made-up confusion of his made-up beliefs

and making certain my flaming clothes did not betray anything
that might bring him anything but dull mortal dismay...