PREVIOUS NEXT FIRST TOUCHSTONE, No one has measured Woe...
VII
TOUCHSTONE 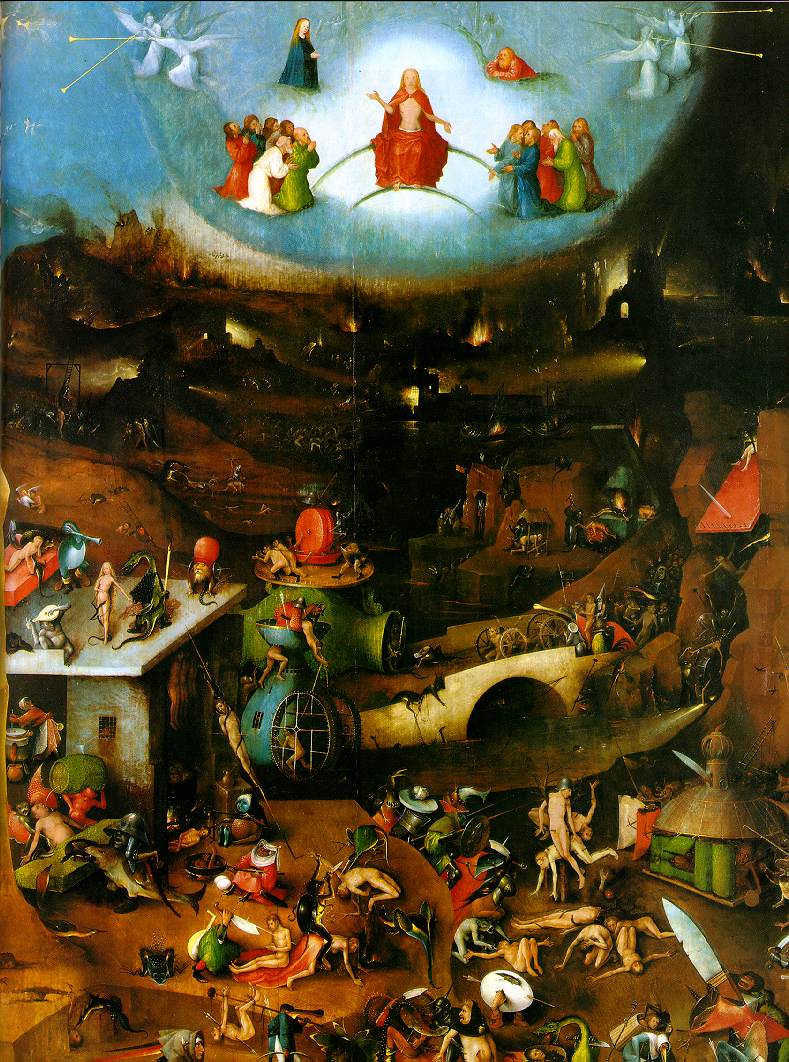 no one has measured Hope:
But if its limit's true
the size of Woe & Grief's scope
lie somewhere there-in too

for Hope is only like the coat
to Woe, which is the skin,
and will not wear itself without
sans what it keeps within. 10

{10} Because Hope keeps Woe within itself (Woe is our skin) directly Hope keeps us prisoners of Woe. Notice that "no one has measured Hope" is "almost beyond belief" = No one needs hope unless he/she is in the midst of woe. The answer to whether any given person is by nature hopeful or not is as relative as most other things --Who is by nature any which way? We are as we are by whatever circumstances & by not much else than that. But, given what troubles us at any particular time, as long as we don't kill ourselves, our troubles are only so-deep (e.g. to the point they reach the limits of our hope). The thing to remember is that even the slightest hope can hold back (hold off) even the greatest troubles. It is a symbiotic relationship. However, I do not explore it in the poem, which is mostly an impression from images (in metaphors) IN REVERSE (since our focus is hope, not woe): They are the same thing expressed in contrary terms "each's the other's inner belly all the while" ...

Unquestionably, the point is that the size of hope is determined from the suffering within it (as is the size of a balloon by the air it holds). You might question the rationale of making a pretty piece of prosody express such dark pessimism --elsewhere I have stated that in a world of such insane hopelessness "what is there left but beauty for the world?!" I do not mind having it pointed out that the philosophy is dark indeed (how could I fail to recognize it myself?): The art is beautiful to me. And the emphasis is always with the art (where art is concerned). Consider that the whole poem is itself a metaphor for a complex tenet which would otherwise take many pages to expound (let this note be a hint of this) on the nature of human self-assumptions or arbitrary outlooks. At the same time it is also composed of a whole string of minor and passing metaphors ("measure Woe!" or "they deeply grow" and "the coat (Hope)" , "the skin (Woe)"):  I have not yet determined a set of values which (by assigning points according to each metaphor --for, say, complexity, cleverness, applicability, clarity, etc.) could be used to add up the merits of a given poem and thus determine its overall worth (gods, a poem is surely something MORE than the sum of its details). But, for the sake of the contention, this poem is one to which I would assign a great many points of value (it is surely one of my favorites, whatever else it is). Hope is held (if at all) as a measure of the woe it covers. Being a more or less purely subjective determination, I could not possibly equate it with anything objective (to describe its dimensions). The only concrete relationship of a subjective concept is to another subjective concept (in the same person). One man's hope is relative to another's; but a man's hope is always greater than his grief (or he has no hope at all and dies --Even the smallest bit of hope surpasses his greatest grief, or he has none at all). Because hope keeps woe within itself (and woe is our skin) directly hope keeps us prisoners of woe.

I am the enemy of the trivial, inconsequential, of the insignificant or nonessential --I am the implacable antagonist of the indifferent and the gratuitous, the expendable and the dispensable --I am out to mark with fateful moment the least significant meaning I am able to find --It's my justification, the purpose of life itself, that I touch the soul of every matter before me as if I were piercing it to the heart --be it matters of great importance to all or merely something totally unimportant to all but me. I have nothing but vilest contempt for those who strive only against the expectations of everyone else --where can they lead by following!? And regard highest of all those with the patience, courage and trust to dare the utter brink of their own inner compass (mete).

var. of last line: "without what it keeps within."@